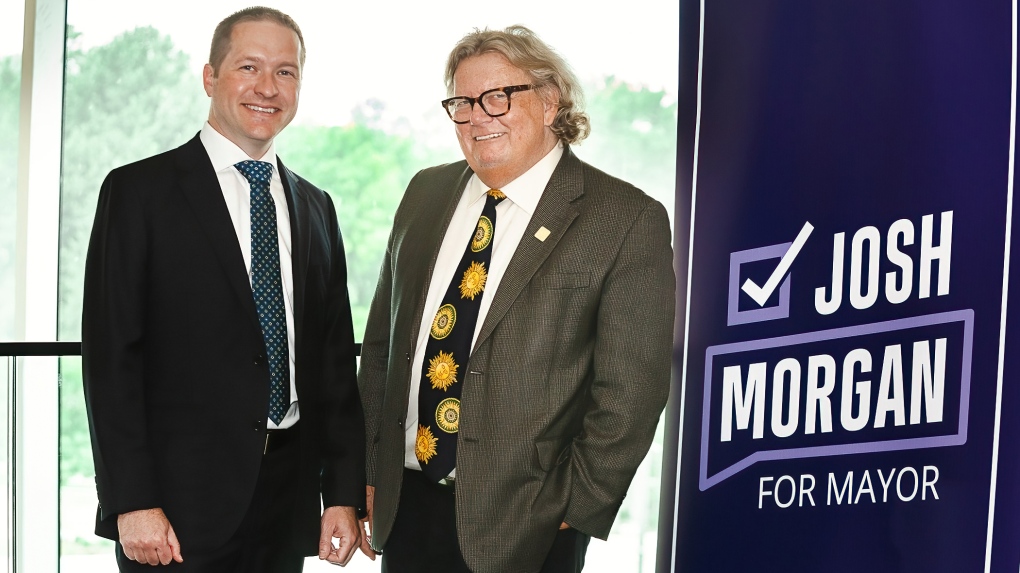 Ed Holder has endorsed Josh Morgan for mayor of London in the upcoming municipal election.

The current mayor announced in the spring that he will not be running again.

During a joint news conference Friday morning, Holder credited Morgan for being “an absolute master” at bringing people together, building consensus, and delivering results.

“Publicly and privately, I have seen him work with provincial and federal government representatives, colleagues of different backgrounds and political ideologies, agencies and outside organizations, sometimes with competing interests,” said Holder. “

Morgan is currently the councillor for Ward 7 and announced in May he was throwing his hat in the ring to become the next mayor.

Other candidates who have filed paperwork to be the next mayor include Brandon Ellis, Daniel Jeffery, Daniel Lenart, Norman Robert Miles, Johanne Nichols, Sean O’Connell and Khalil Ramal.

A B.C. Mountie who was fired after showing a domestic violence victim what he described as a barely clothed "d*** pic" was rehired last year after arguing the RCMP's conduct board treated him unfairly.

COVID-19 hospitalizations due to Omicron are vastly underreported: grassroots organization

Analysis by a grassroots organization of scientists reveals hospitalizations from the Omicron variant of the virus that causes COVID-19 could be 70 per cent higher than what has been reported since December.