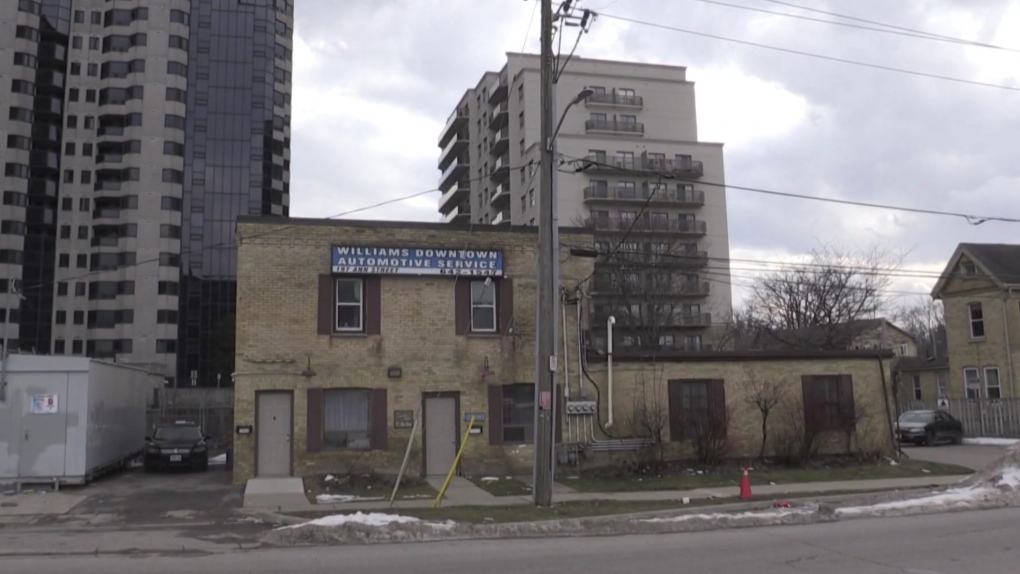 LONDON, ONT. -- A proposal to build a student-oriented apartment building west of Richmond Row is being altered to address some of the concerns raised by heritage advocates.

According to a report for City Hall’s Planning and Environment Committee (PEC), the design of York Development’s proposal for the southeast corner of Ann Street and St. George Street will be altered.

“(The applicant) is proposing to change the requested building design to incorporate heritage elements,” states the report from a municipal heritage planner.

In March, neighbours and heritage advocates pushed back against a 28-storey building on the site, and last month there were similar concerns expressed about a revised 22-storey design.

In October, city staff recommended two buildings on the site, the former Kent Brewery and an associated home should be designated as heritage buildings.

The brewery began operating in 1860 and is a remnant of an important Victorian-era industry in London.

The planning committee had intended the consider the heritage designation and the development application at the PEC meeting on Nov. 30.

That has now been delayed to an unspecified future date.