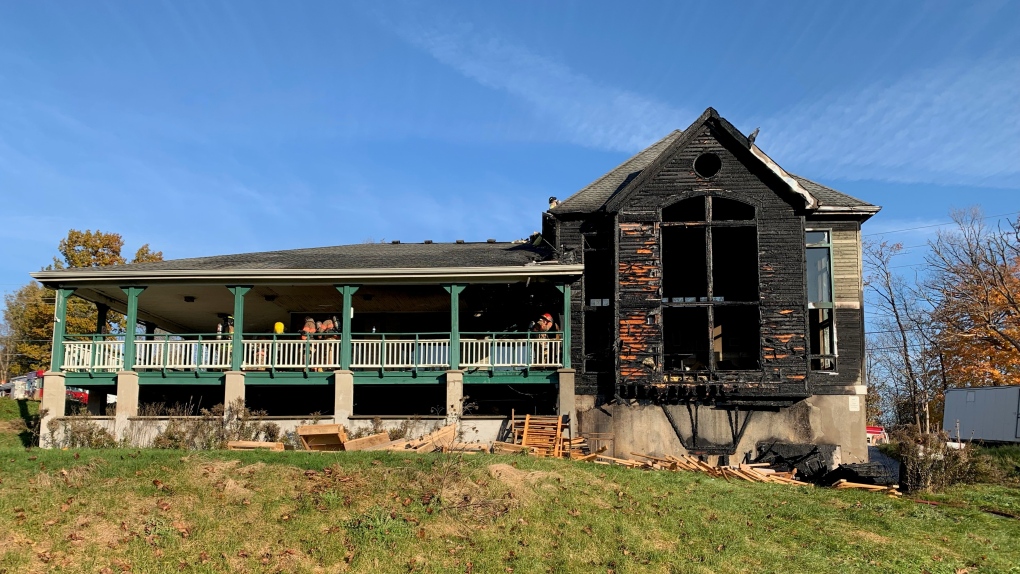 It started just after 8 a.m at the rear of the building and became fully involved. It's not clear at this time how the fire started or if there are any injuries although squatters have been present at the location.

"Looks like there is some evidence that people have been in the building but we're still investigating. So obviously the damage the whole back end is so great. So yeah, it's pretty extensive damage to the back end. Fire did get inside. Whether it started inside or it started outside. We're not sure yet," says District Chief Shawn Davis. 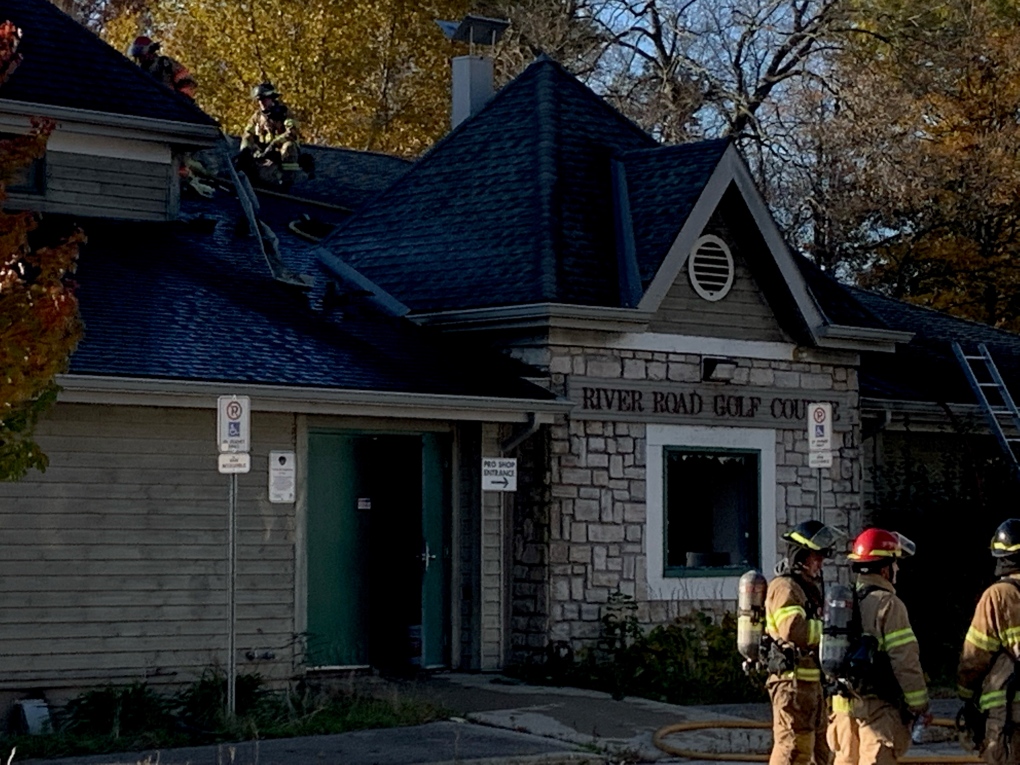 Fire crews work at the scene of a fire at the River Road Golf Course in London, Ont. on Sunday, Nov. 7, 2021. (Brent Lale/CTV London)

"Heavy dark smoke and flame showing through three floors. So yeah, the guys did the right thing and stayed out. And we get the fire knocked down and then they're able to get inside and go for the hotspots," Davis adds.

A damage estimate has yet to be established.

The decommissioned course is scheduled to be a temporary winter home for Indigenous people who are experiencing homelessness this winter.

Trailers that will be used as part of the project were not damaged in the fire. City officials say over the next few days, they will  be evaluating the extent to which the fire may impact the proposed shelter site..