Correctional officers fired in connection with death at EMDC

Five correctional officers and one manager at the Elgin Middlesex Detention Centre have been fired at disciplinary meetings Wednesday in connection with the death of Adam Kargus last year.

Kargus, 29, was reportedly beaten to death in his cell on Oct. 31, 2013, but his body wasn't found until the next morning in the shower area.

Anthony George, his former cellmate, has been charged with second-degree murder in the death.

It was a provincial first when three staff at EMDC were charged with failing to provide the necessaries of life.

Police found no grounds for further criminal charges against other staff, but the Ministry of Correctional Services has found grounds for terminations.

Three other officers, not facing charges, were fired for internal allegations, including failing to submit an occurrence report related to the suspicion of alcohol in the Kargus-George cell, failing to perform a count at the change of their shift and failing to maintain logbooks.

"There are clear policies, procedures, directives and legislation in place that govern the disciplinary process within the Ontario Public Service. Decisions to take any disciplinary actions against employees are not made lightly. There is a strict process in place to ensure that these decisions, when made, are appropriate and justified," a spokesperson said in an e-mail.

Lawyer Kevin Egan has filed more than 100 lawsuits against the jail and says the policies are routinely ignored.

"I think that because of the overcrowding, the high workload that they have, if they were to follow their policies and procedures, nothing would get done. Nobody would get to court on time. Food wouldn't be delivered on time. It would just be a total mess," Egan says.

Rain Loftus, of the Ontario Public Service Employees Union, has been asking for changes.

"OPSEU has been very clear for some time there there are problems with that building and that mismanagement was going to lead and continues to cause problems and understaffing, the security and the safety and all those things."

The disciplinary hearing issued reprimands to two other corrections officers and suspended a manager for an additional 15 days.

The terminations may not be permanent.

The OPSEU members will likely grieve the decisions. 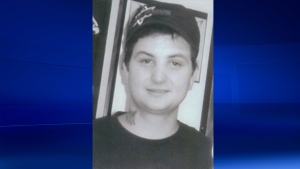