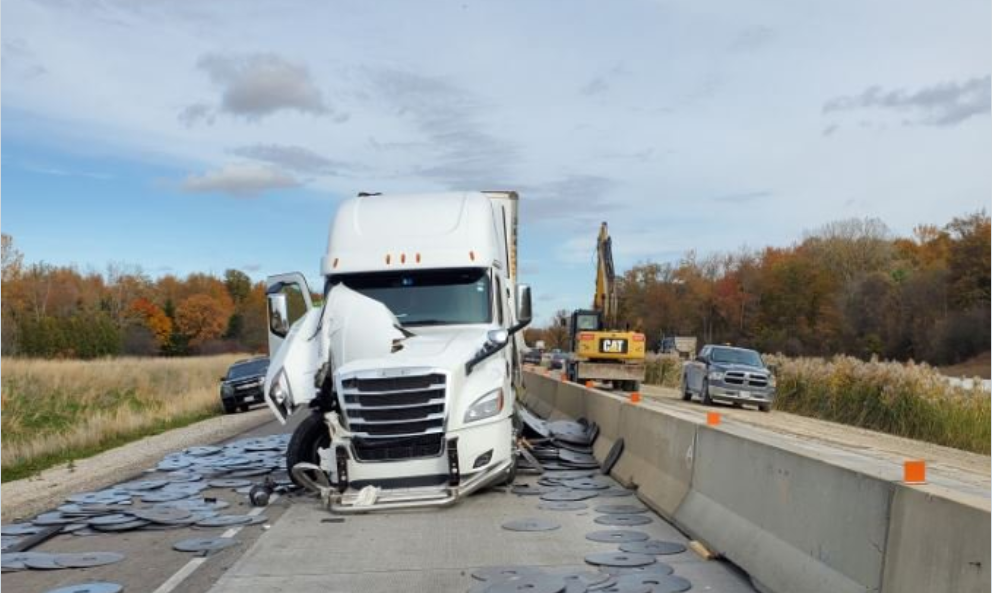 A crash on Highway 401 near London between two transports on Thursday, Oct. 24, 2019, shut down the westbound lanes of the highway. (Source: OPP)

The crash happened around 1 p.m. and shut down the westbound lanes of the highway between Colonel Talbot Road and Union Road.

While there were no injuries, the cleanup took hours to complete and tow trucks were called in.

Multiple officers attended the scene as OPP asked for motorists to be patient.