Canada’s border may now be open to vaccinated Americans, but complications are still keeping many families apart.

Tillsonburg, Ont. resident Jaslyn Declercq says her heart is breaking as her fiancé and father of her child has to watch from afar as their little girl Maddy grows.

“The last time we were able to drive to the U.S. she was 15 months old,” said Declercq. “Now she’s a two-and-a-half-year-old who runs and jumps, and speaks in full sentences. A dramatic change that he’s had to watch over a computer screen and not actually be a part of.”

Fiancé Thomas Musgrave is in Findlay, OH. Before the pandemic the family was together every weekend, but the closed border put a stop to that.

Speaking by online chat to CTV News London, Musgrave said his hopes of being together as a family have been dashed more than a few times.

“The toughest part is when you get a little bit of false hope, and that’s what it’s starting to feel like, is false hope. ‘Cause they want to say, ‘Well, we’ll announce new guidelines every month,’ but it’s the same guidelines.” 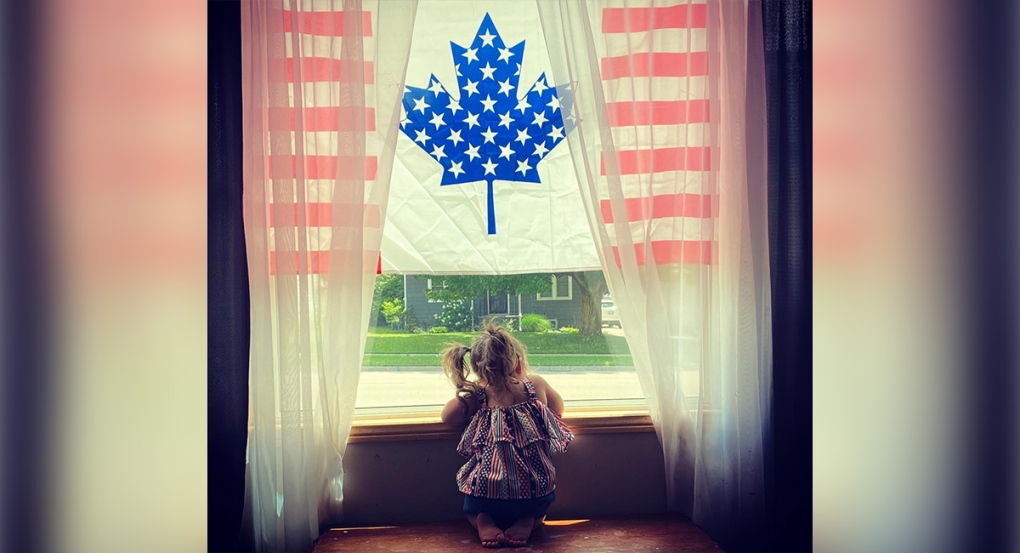 While Musgrave can now come to Canada via land border, the eight-hour round trip is not practical, said the couple. His job in manufacturing has him working six days a week, the company in catch-up mode from the pandemic.

For Declercq and daughter Maddy, flying to the U.S. is unaffordable.

The couple are members of a cross-border advocacy group called Let Us Reunite. It’s asking the U.S. government for parity with travel restrictions put in place by the Canadian government.

“You guys have laid down a pretty good template to at least get the start,” said Musgrave. “Fully vaccinated can come across. If you can’t quite make that a reality, offer in a few more exemptions.”

Until the U.S. does loosen border restrictions, Declercq said heartache and frustration will continue for the separated family.

“The U.S. the whole time we’ve been hearing was waiting on Canada to open. And then when Canada did, the U.S. didn’t, and that’s extremely frustrating.”

Russian missile attacks on residential areas killed at least 21 people early Friday near the Ukrainian port of Odesa, authorities reported, a day after the withdrawal of Moscow's forces from an island in the Black Sea seemed to ease the threat to the city.