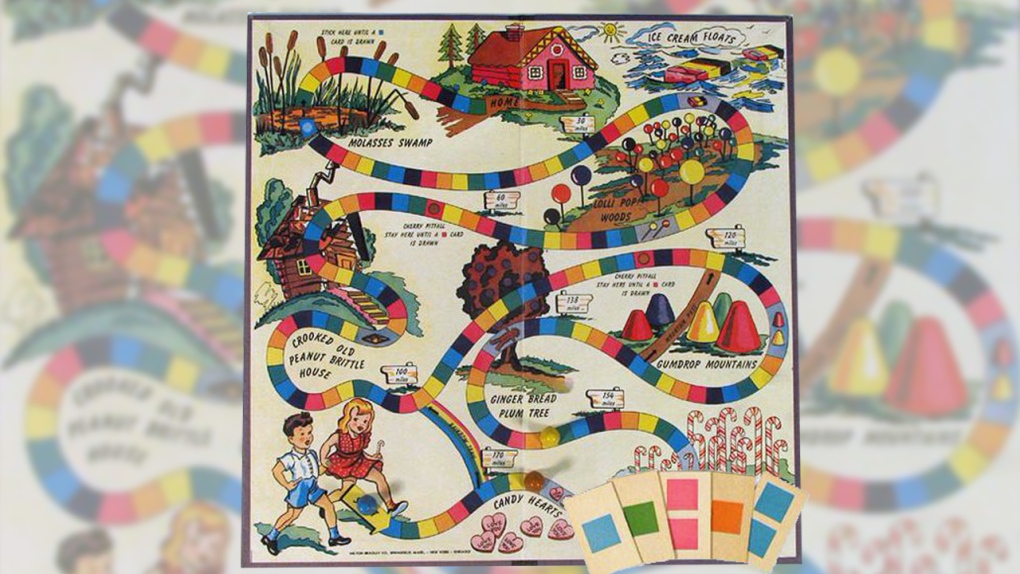 Candy Land was created during the polio epidemic to entertain children in hospital (Source: Twitter @Vsartsi)

Baking their own bread, reorganizing their homes, and creating entertainment for their families are only a few of the common ways people have kept busy.

Some people have found themselves creating toys and games to pass the time, even revisiting their old childhood board games.

While some older games have made a comeback as 'retro' or 'reinvented,' some games stayed just as popular as they once were - in their original form.

Do you remember the game, Candy Land also known as Candyland?

A racing board game, Candy Land consisted of a colour map and fun illustrations that allowed players to take turns picking cards to move along the board.

Do you know why Candy Land was created?

The story begins with a retired schoolteacher who found herself in a hospital in San Diego due to polio.

Eleanor Abbot, along with many others were forced into extremely restrictive environments due to the disease.

Much like the COVID-19 pandemic, families kept their children indoors due to worry of catching it.

In 1948, Abbott, who wanted to help the children in the hospital ward pass the time, created Candy Land.

The children and Abbott's friends who tested the game suggested that she submit her idea to Milton Bradley Company, who indeed sold it in 1949 as a temporary fill for their main game line.

The game was even inducted into the National Toy Hall of Fame in 2005, following the Toy Association naming it the most popular toy in the United States for the 1940's.

Perhaps you too have created something during the COVID-19 pandemic that you feel others could benefit from.

Neighbourhood bear hunts, sing-a-longs,and painted rocks have all reappeared during this pandemic.

Every creative idea starts somewhere. Even during a pandemic.

Is it safe to send children back to school? Doctors divided on Quebec's plan

New COVID-19 modelling shows curve flattening; up to 3,883 deaths by May 5

Many Quebec businesses, but not all, to reopen throughout May

'We share our hope': Canadian flag illuminated on Matterhorn in brilliant show of solidarity

'She was a hero': ER doctor who treated COVID-19 patients in NYC has died by suicide