Animal rescue organizations are fighting a looming deadline that will stop rescue dogs from coming into Canada. The policy will prohibit importing commercial dogs which are considered high risk for carrying rabies into the country.

Animal rescue and advocacy groups have been rushing to bring as many dogs into Ontario as possible before a nationwide ban goes into effect at the end of the month.

On Sept. 28, the Canadian Food Inspection Agency (CFIA) will implement a nationwide ban on the import of dogs from more than 100 countries including Ukraine and Afghanistan.

The ban means that commercial dogs for resale, adoption, fostering or breeding will be prohibited from entering the country. 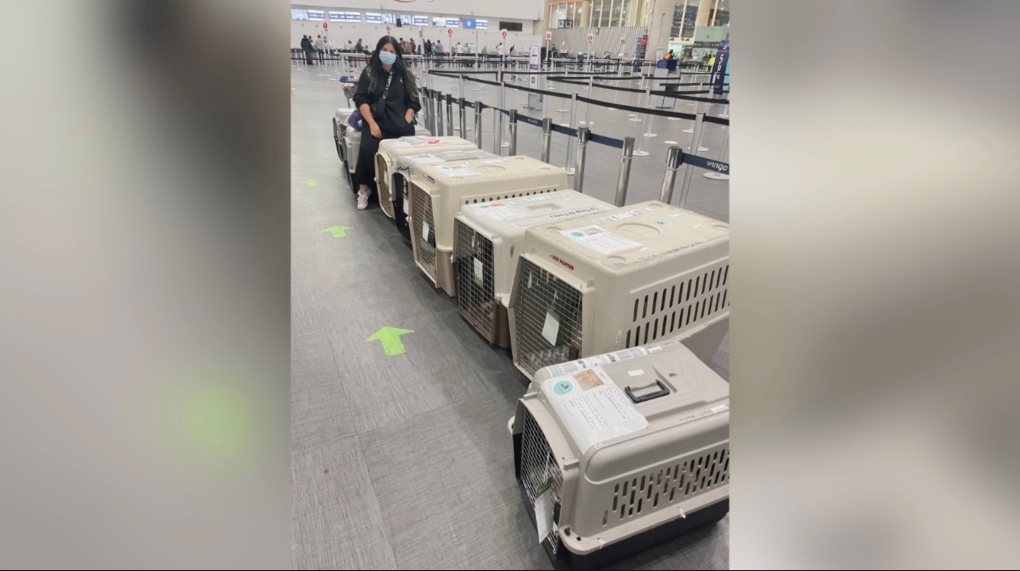 Shelby Tilley is the founder of Bark At The Moon, an animal welfare organization which rescues dogs locally and abroad. (Source: Shelby Tilley)

In June, the Government of Canada released a statement saying “all shipments of commercial dogs, regardless of age, from countries at high-risk for dog rabies will be prohibited.”

“In 2021, dogs were imported into Canada with this disease. Following these events, the Public Health Agency of Canada (PHAC) and provincial public health authorities have asked the CFIA to take action to address the risks from imported dogs.”

The agency’s concerns stem from the 99 per cent fatality rate for humans and dogs if they contract rabies. This is 100 per cent preventable with proper vaccination of animals, according to the government’s release.

Animal Justice has launched a petition urging the government to “reverse course” and allow adoptable dogs to come to Canada.

The Canadian animal protection group argues that the policy would be devastating for dogs in war-torn countries.

“Everyone can agree that we don't want dog rabies coming into the country to protect both dogs and humans. It's just a question of how we can achieve that goal without condemning thousands of dogs to die in the streets or be euthanized in shelters,” says Camille Labchuk, the executive director of Animal Justice.

Labchuk alleges the CFIA did not consult with Canadian dog rescue agencies when implementing the ban. However, Labchuk believes there are solutions to this problem.

“The other amazingly powerful tool we have is blood antibody tests. Dogs can be tested to make sure they develop antibodies to the rabies vaccine and with that test in hand there's a near certainty that dogs are not going to be carrying rabies,” she says. 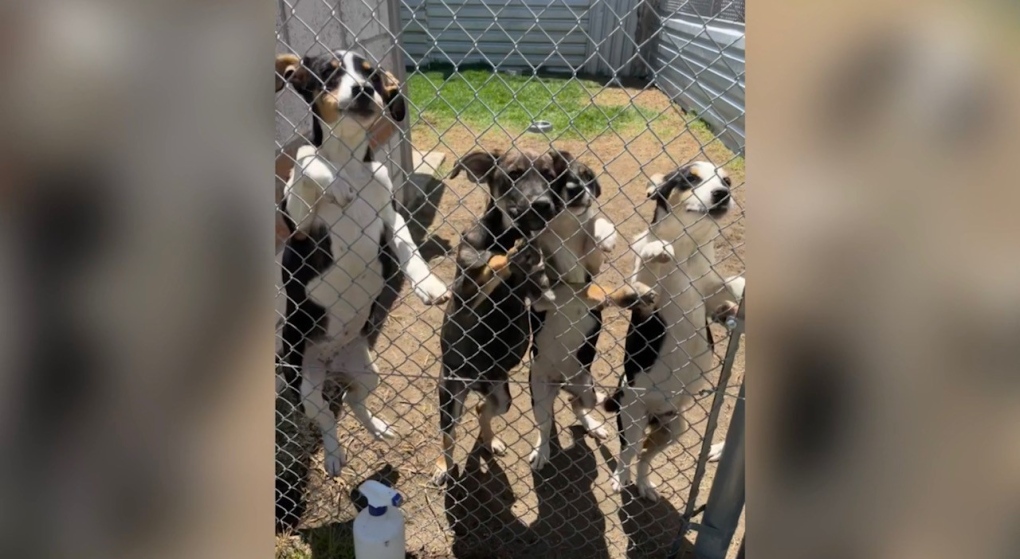 Shelby Tilley is the founder of Bark At The Moon, an animal welfare organization which rescues dogs locally and abroad. (Source: Shelby Tilley)

Shelby Tilley is the founder of Bark At The Moon, a volunteer-based, non-profit animal welfare organization that takes in dogs in need from across the province and abroad.

“We’ve been working heavily over the summer to get dogs that were previously from the Dominican Republic,” says Tilley. “But there’s a lot of dogs that are now not going to get the second chance that they deserve in Canada.”

Tilley adds that just because the ban comes into effect at the end of month doesn’t mean her work is over.

“Our help won't stop when the ban goes into place. We’re going to shift focus and start working on funding for spay and neuter initiatives and helping with outreach in other ways,” she says.