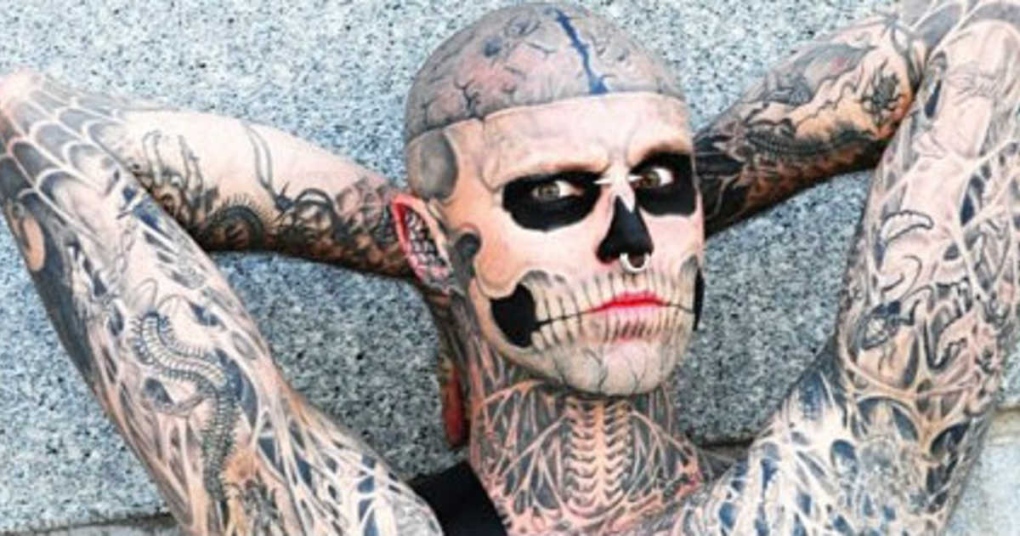 The agency that represents a Quebec model known for his head-to-toe tattoos and his participation in Lady Gaga music video "Born This Way" says he has died.
Dulcedo Management confirmed on its Facebook page the death of Rick Genest, who was better known as Zombie Boy.
Dulcedo said it learned Thursday afternoon of the death and "was in shock."
The agency called the 32-year-old Montrealer an "icon of the artistic scene and of the fashion world."
On her official Twitter account Thursday night, Lady Gaga said, "the suicide of friend Rick Genest, Zombie Boy is beyond devastating."
The American singer added: "We have to work harder to change the culture, bring Mental Health to the forefront and erase the stigma that we can't talk about it."
Radio-Canada reported news of the death and cited a police source, but Montreal police did not confirm the death.