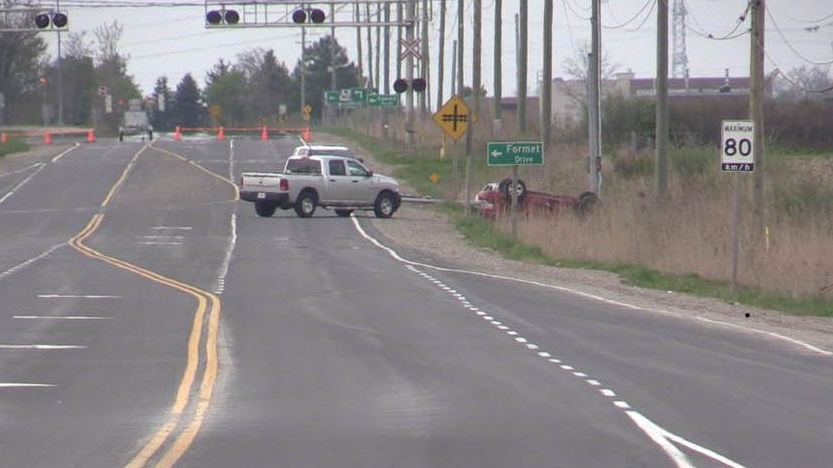 Police investigate a crash on Centennial Ave. in St. Thomas Ont. on May 23, 2020. (Brent Lale/CTV London)

LONDON, ONT. -- A Yukon man has been charged following a crash in the east end of St. Thomas Saturday.

Police located the vehicle on Centennial avenue near Highway 3 bypass and conducted a traffic stop.

During the traffic stop the vehicle in question fled across the road and crashed into a second car going northbound.

The driver of the first vehicle was arrested at the scene for dangerous operation of a vehicle and flight from police.

Both drivers were transported to hospital with minor injuries.

A 24-year-old male from the Yukon has been charged with dangerous driving and criminal flight from police.

He will appear in court at a later date.

Centennial was closed between Talbot street and the Highway 3 bypass for the investigation.