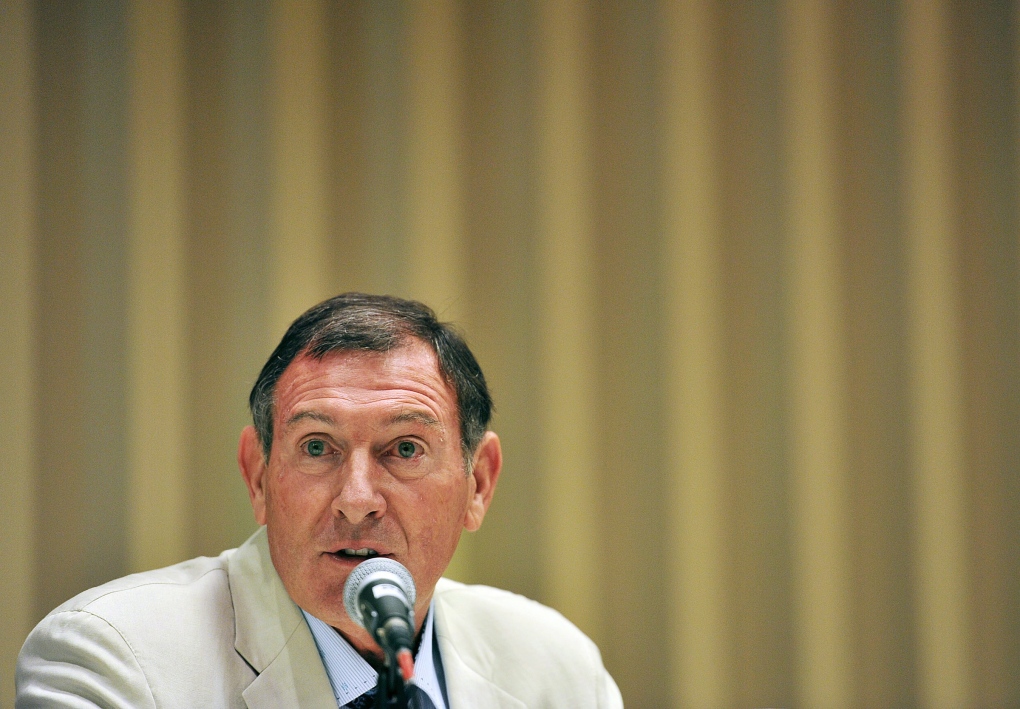 TORONTO -- Younger high school teachers in Ontario will be given a much better payout for their banked sick days than their more senior colleagues under a new tentative agreement with the Liberal government, the Canadian Press has learned.

Teachers with less than 10 years on the job will get 25 cents on every dollar for sick days they banked, compared with 10 cents on the dollar most teachers will get for their unused sick days, government sources said Tuesday.

Speaking in Peterborough, Ont., Premier Kathleen Wynne insisted the updated tentative agreement -- reached on the Easter weekend -- would not cost the province any additional money.

"The funding could be moving around to address some of the implementation issues, but that is as one would expect," said Wynne.

"There is no new money. There's no additional money in that envelope."

The two sides are operating under a media blackout and the Ontario Secondary School Teachers' Federation said it wanted to abide by it, but agreed to comment Tuesday on the sick days payout to help clear up confusion.

Some school boards have a 10-year employment minimum to qualify for a retirement gratuity, while others had no such requirement, meaning there were two classes of teachers being treated differently, said OSSTF president Ken Coran.

"It was seen as an equity issue where those people who would have been treated differently because of their collective agreements were still able to recoup some of what they were deemed to deserve," Coran said in an interview.

"It's a loss for everyone to be quite honest, but this is a more fair way of doing it across the sector."

Bill 115, which imposed contracts on 140,000 public elementary and high school teachers Jan. 1 and implemented a two-year wage freeze, also eliminated their ability to bank months worth of sick time to be cashed out on retirement.

It also wiped out any banked sick days for teachers with less than 10 years of experience, and cut the number of sick days going forward in half to 10 a year.

The Progressive Conservatives said they were worried the Liberals made concessions on sick days, maternity benefits and retirement gratuities in the new deal.

"By tinkering with the existing collective agreement, your government could end up costing Ontarians hundreds of millions of dollars more at a time when our students have suffered through a labour dispute for the majority of this school year," PC education critic Lisa MacLeod said in a letter to Education Minister Liz Sandals.

"This is especially disappointing given Ms. Wynne had assured both parents and MPPs that she would not reopen contracts and that there was no new money for wage increases or enhanced benefits."

Details of the tentative agreement are being kept under wraps until the OSSTF briefs local union leaders Thursday, and then a fact sheet could be posted online for all high school teachers to read, added Coran.

"We haven't come to a conclusion yet because that's one of the issues we want to raise with the local leaders," he said.

Both the elementary and high school teachers withdrew from extracurricular activities last fall to protest Bill 115, but since Wynne replaced Dalton McGuinty as premier, their unions have said it is OK to return to supervising after-class clubs and sports.

The elementary teachers' union, which held out the longest on the extracurricular activities, is still negotiating amendments to Bill 115 with the Liberal government.

Wynne has maintained the Liberals have not offered the teachers' anything that cost the province more money to get them to drop their protests against Bill 115, other than a new process for the next round of bargaining.