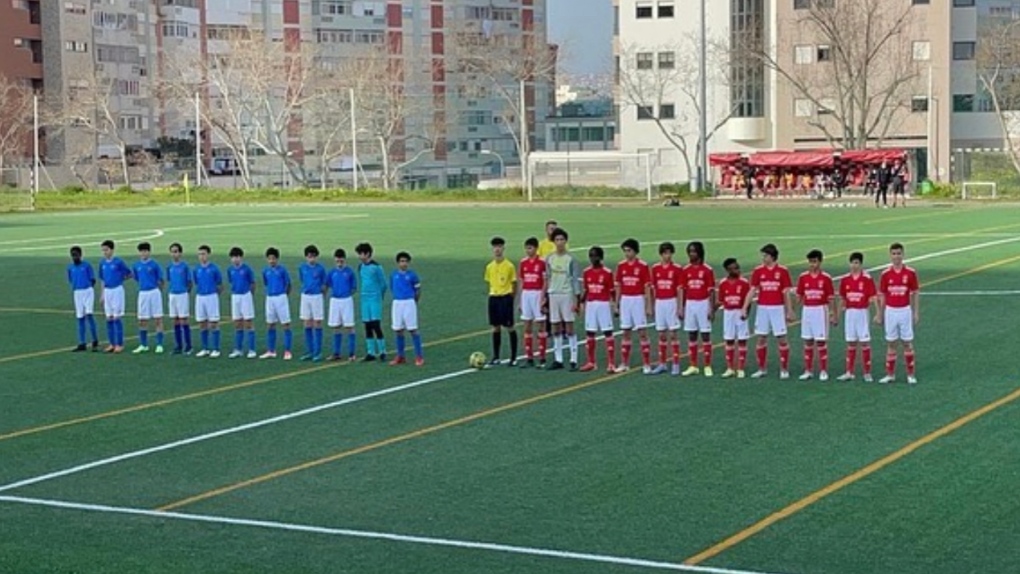 Diago Delgado seems to be fitting right in with his C.F. Os Belenenses youth team in Portgual.

The 12-year old soccer player from London, Ont. scored twice Sunday, his first two goals since signing on with the historic club in early January.

"He played two official matches for his own age group," says Kevin de Serpa, Delgado's trainer and coach when in Canada.

"He did very well yesterday by getting two assists, and got called up to the age group one year older. That's where he opened up his account when the striker got his first two goals,” he says.

Delgado's father has moved to Lisbon, Portgual to help his son who has enrolled in the St. Peter's International School.

"The other part of enrolling into the academy and dealing with the players and the directors. That's a whole, whole new ballgame. It's also a new language because he's Portuguese, but he's not speaking very fluently yet.”

"He's doing everything they asked, and today was just a little bit of solidifying what he can potentially do. Scoring two goals today very, very big.”

de Serpa says he's being counted on as a key player, after getting his feet wet in a new country, with a new team.

"He needed to get a taste of what the league is like and what the speed is like," says de Serpa.

"He got a perfect icebreaker against Benfica last week, so you might as well play the best one first, and get your feet wet in the deep end.  So that happened and then he played two straight great games.”

Quebec says it is ready to vaccinate people who have come into close contact with monkeypox as soon as Friday.