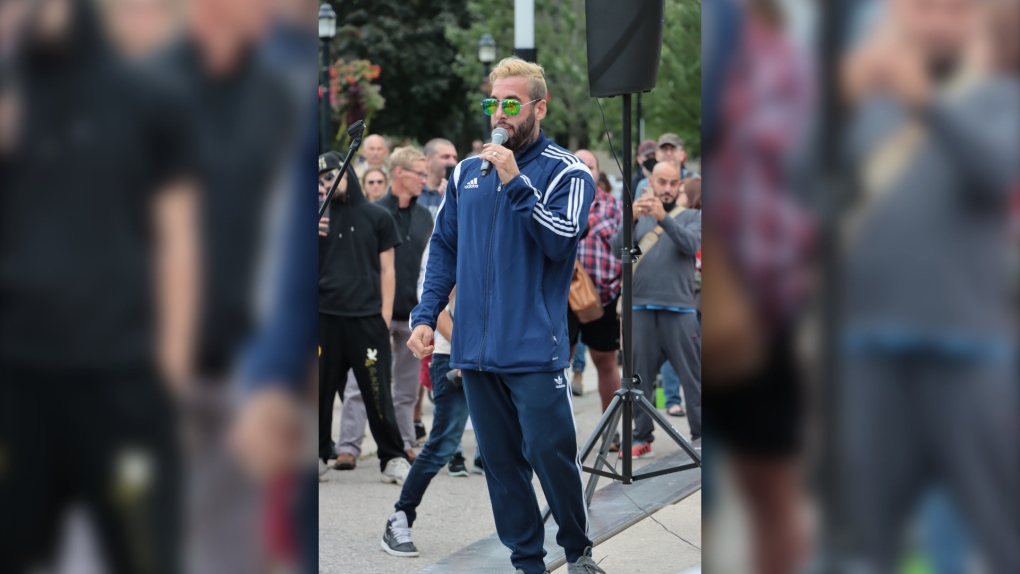 The Mayor of London is “calling out” people who choose to attend an establishment without a mask or proof of vaccination against COVID-19.

“I don't even want to give the chucklehead who thought this was a really clever idea credit by announcing his name. They're just not worthy,” said Ed Holder. “In fact they do more harm to our community and they also do harm to those businesses.”

The comments come after social media posts surfaced on the weekend of well-known anti-masker, Chris Sky, and several other people, dining inside of The Works Gourmet Burger Bistro in London, Ont.

“I call them out, because that's just not appropriate that kind of behavior, and I think anyone that chooses to participate in that should know the difference, but you know what, as I’ve said before, you can't fix stupid and this is really, really, a stupid act,” said Holder.

CTV News reached out to the manger of The Works and was told "no comment," however, a statement has since been released via the business’s Twitter account. 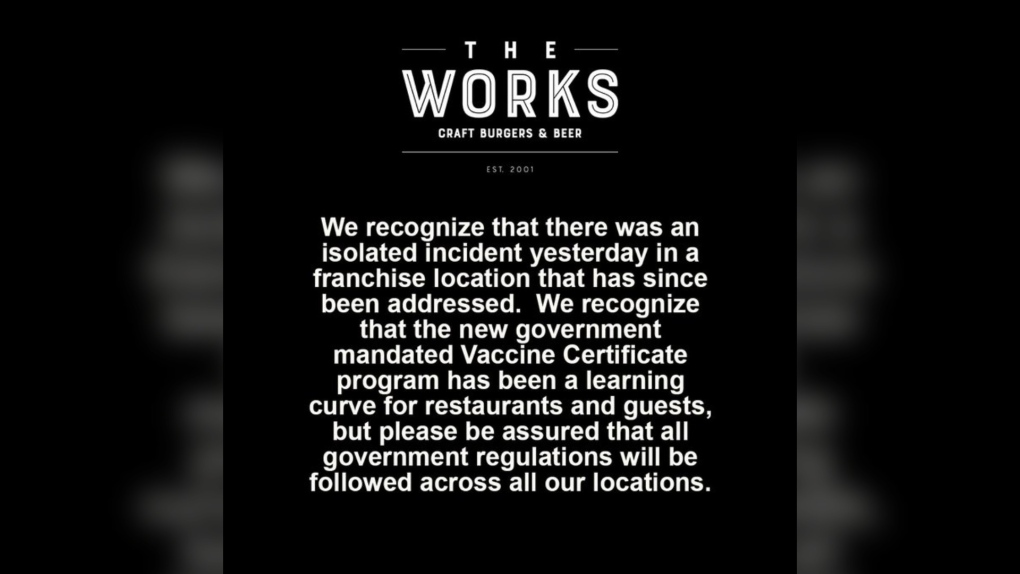 (Source: THE WORKS Craft Burgers & Beer / Twitter)Also speaking on the issue, Medical Officer of Health Dr. Chris Mackie says the Middlesex-London Health Unit was made aware that the restaurant in question was not requiring vaccine passports.

He says the health unit inspected, discussed with the operator and the situation has been resolved with passports now being required.

Vax pass? Not when I come to town
RETWEET FOR FREEDOM pic.twitter.com/DlllmqBLI5

Mackie reminds the public and business owners that there are hefty fines for not following the provincial rules.

“There is a fine of $100,000 that is in the provincial regulations around this for businesses. For individuals, the fine starts at $750 and increases, and based on repeat offenses. So it's quite a serious penalty, and we're grateful that the operator decided to be into compliance.”

What is being described as a “freedom rally” was also held at Victoria Park on Sunday where Sky was photographed in attendance.