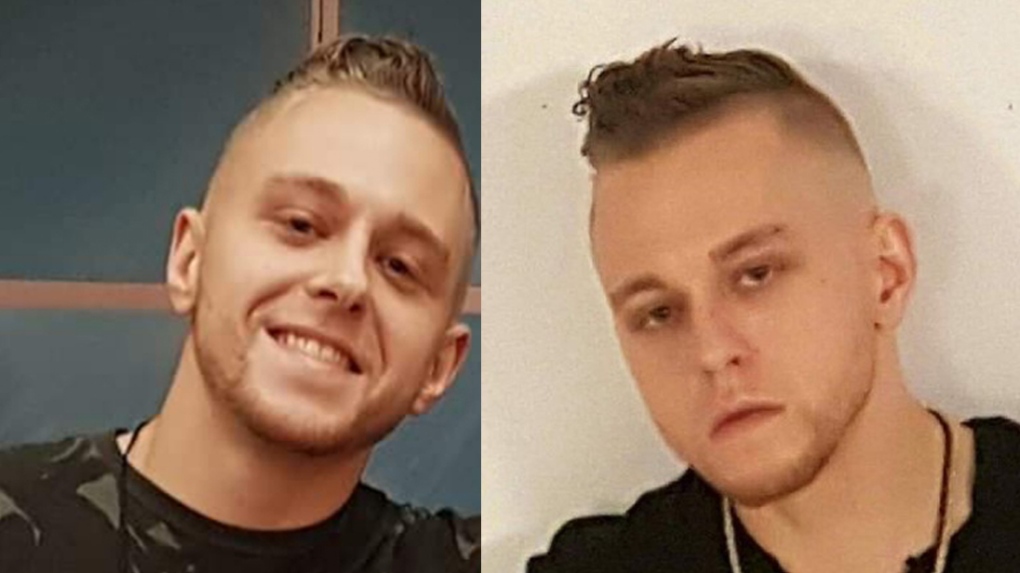 Robert Tyler Pearson, 26, is seen in this photos released by the Woodstock Police Service.

Police in Woodstock, Ont. are asking for public help to locate a Stratford man wanted on serious offences involving a weapon.

A warrant has been issued for the arrest of Robert Tyler Pearson, 26, of Stratford.

Police say they are not releasing further information on the nature of the charges to protect the identity of the victim.

He was last seen wearing a salmon/pink-coloured jacket.

Police consider Pearson to be armed, and anyone who sees him is aske not to approach him but to call 911.