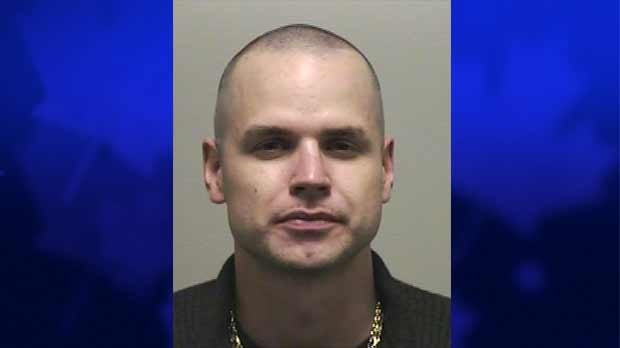 Gerald Lee O'Neill, 32, is seen in this photo released by the Woodstock Police Service.

A photo has been released of a man sought on 16 charges following an incident in Woodstock on Monday.

Police were called to the Mariner Motel shortly after 2 a.m. on Monday for a domestic violence incident.

Officials say a female with undisclosed injuries was transported to Woodstock General Hospital for treatment.

He may be operating a silver 2004 Pontiac Sunfire with the licence plate AYEW 524.

O'Neill is considered dangerous and anyone who spots him is asked not to approach him, but to instead call 911.