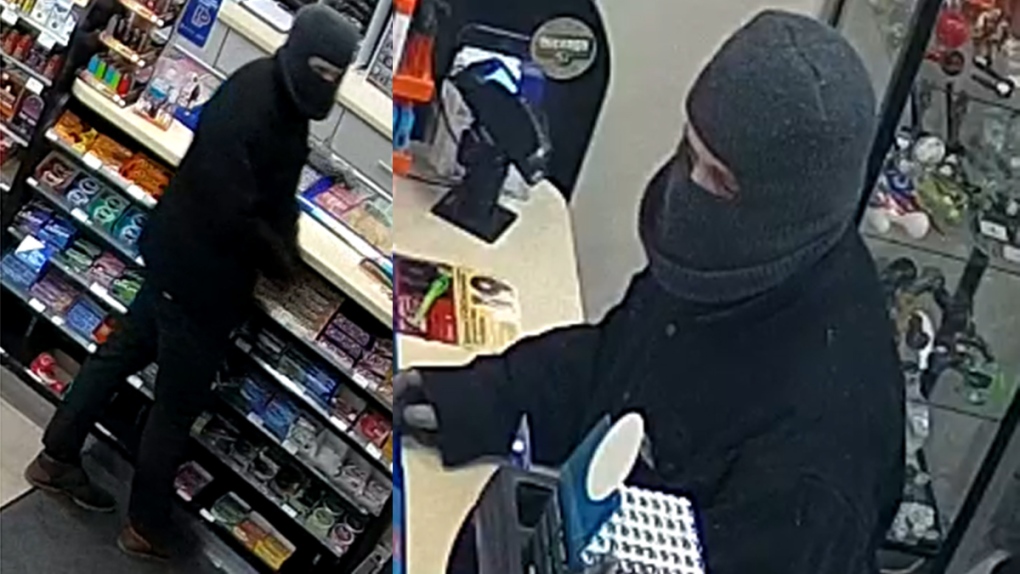 Images from surveillance video released by the Woodstock Police Service show a suspect sought in a robbery on Friday, March 13, 2020.

LONDON, ONT. -- Police in Woodstock, Ont. are looking for help identifying a suspect after a robbery at a gas station on Norwich Avenue early Friday morning.

Officers were called to the scene around 4 a.m. after a masked male reportedly robbed the station.

A search by police officers and the canine unit did not locate the male.

He is described as a white male, about five feet nine inches tall, with blue eyes. He was wearing a bomber jacket style coat, jeans and a grey ski mask.

Police say there is no concern for public safety, but people are urged not to approach the suspect, but instead call police at 519-537-2323 or Crime Stoppers.