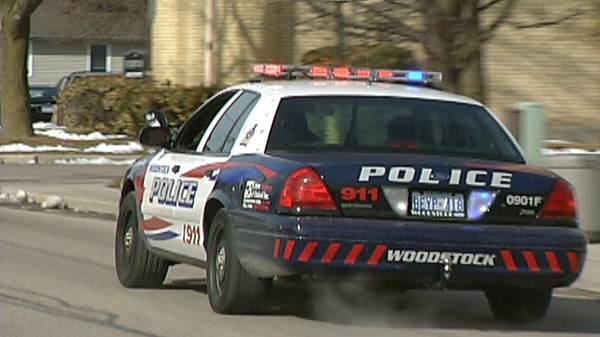 A Woodstock police cruiser is seen in this file photo.

LONDON, ONT. -- A 34-year-old is wanted after Woodstock police found a man injured at a residence near Dundas Street and Huron Street.

The incident happened on Wednesday at about 8:30 p.m.

Police say they received a report that a stabbing had occurred.

Emergency crews say a man was found with facial and lower body injuries. He was taken to hospital to be treated.

Zackery Ziegler, 34, of Woodstock is facing four charges including; assault causing bodily harm, assault with a weapon, assault and breach of probation.

If seen, police say to not approach the suspect. Instead, people should call Woodstock police immediately at 519-537-2323.