Woodstock man waits 12 hours for a passport with five kids

Near the back of the line, just before the 8:30 a.m. opening, the situation Margaret Everett and her husband faced was typical.

“Our flight leaves in two weeks, and we still don’t have our passports,” the couple said.

Monday represented the third day the couple has waited in the hopes of securing a new passport.

At the front of the line, CTV London found an even more dire story.

Ludwing Perea-Melendez, who lives near Woodstock, Ont., stated he camped out overnight to be first in line.

He needs a passport to see his father in Peru.

“We really need to go to my homeland in South America, because my dad is fading fast. He’s got dementia,” said Perea-Melendez, whose wife and five children also waited with him overnight. 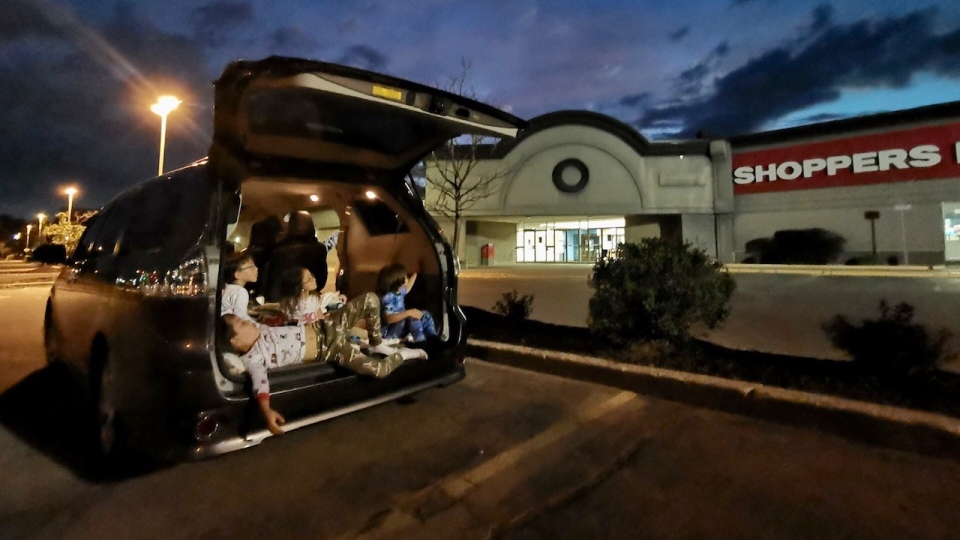 With no babysitting options, they all slept in the family’s van.

He added he and his wife had already spent seven hours waiting a week ago, only to be turned away just steps from the door to the passport office.

Thankfully, Perea-Melendez overnight wait, paid off Monday when he came out around 9:30 a.m.

The family's documents are expected to arrive within 10 days with their trip to Peru booked for July 19. 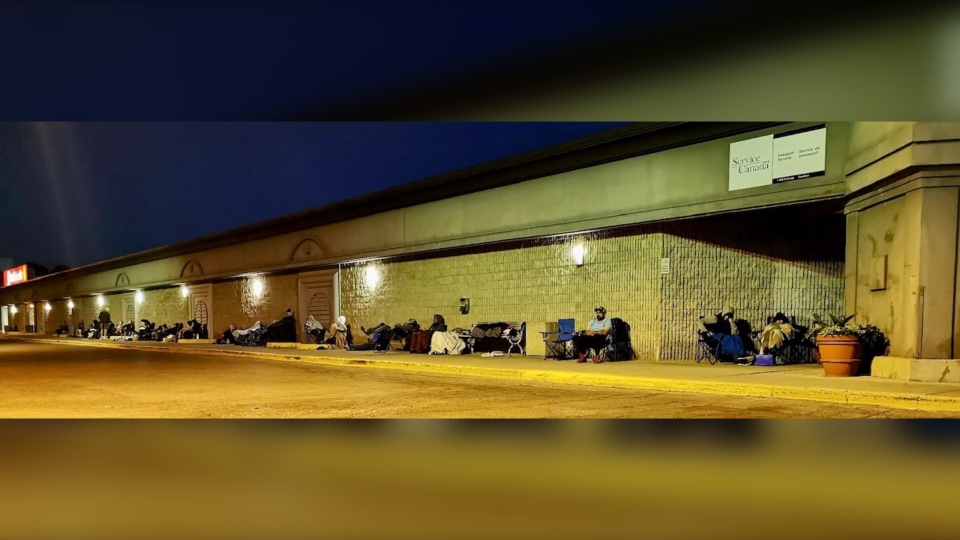 Perea-Melendez told CTV News he has empathy for the staff working in the passport office, adding, “They’re doing their best.”

Still, he believes the government has no excuse for the long wait times.

“This reminds me of when I was back in my country and you had to wait in long lines for a piece of bread, some vegetable oil. This is not the Canada I came to live in.”

Late last week, Minister of Families, Children and Social Development Karina Gould, who is responsible for passport services, said she is directing Service Canada to do more in major urban centres where delays are most severe.

The plan is to triage and prioritize services, "To those with urgent travel needs within the following 24 to 48 hours," a statement from Gould said.

— With files from CTVNews.ca