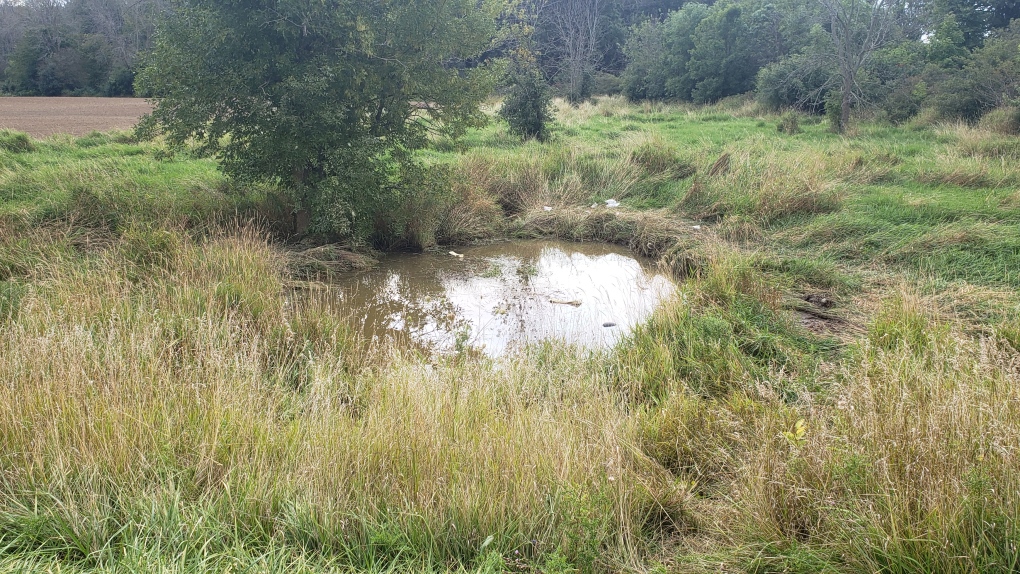 A pond is seen with tire marks next to it in the area of Haldimand Road 3, Nanticoke. OPP say a man was seriously injured in the area after a vehicle with children rolled over into water. (Photo: Heather Senoran/CTV Kitchener) (Sept. 1, 2019)

HALDIMAND, Ont. - A father of two has died 10 days after his car left the road and rolled into a pond in Nanticoke, Ont.

Police say a family member in a trailing vehicle and others were able to pull the injured man from the car.

They were also able to rescue his two children, a five-year-old girl and eight-year-old boy, uninjured.