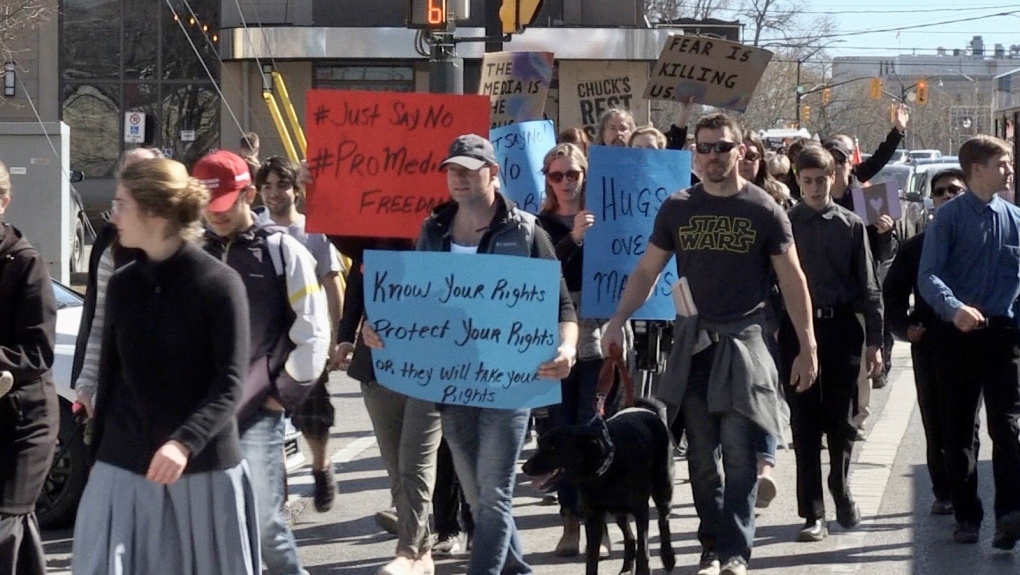 City officials say court summons were issued for two women in connection with a 'Freedom Protest' at Victoria Park on March 20.

The 24-year-old and 38-year-old women have been ticketed for organizing an outdoor gathering exceeding the number allowed under the Reopening Ontario Act. They could face a fine of $10,000 if convicted.

Hundreds of people gathered at Victoria Park as part of what as dubbed a "World Wide Rally for Freedom and Democracy."

An investigation into the event remains open.

In addition, a 21-year-old woman who participated in a large gathering at a home on Beaufort Street a week ago was fined over the weekend.

When discussing the fines during a virtual media briefing Monday, Deputy Mayor Josh Morgan said, "The ultimate goal is that people are not putting themselves in positions where fines become necessary."

City officials are reminding the public that those who host parties or gatherings in violation of provincial regulations can face a fine of $10,000 on conviction.

Chief Bylaw Officer Orest Katolyk said in a statement, “At a time when cases remain high and we are seeing increased restrictions across Ontario, we appreciate that we continue to see high compliance of regulations.”

Katolyk encouraged all Londoners to continue to follow health precautions.