Women accused of trying to pass drugs in courthouse 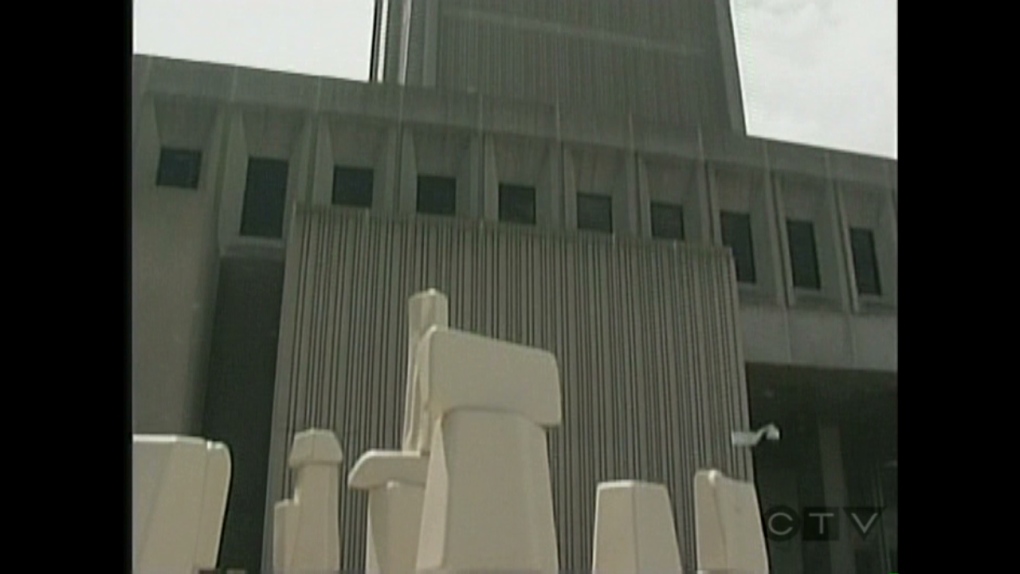 A trial in London took a bizarre twist when a relative of one of the men accused of robbery was arrested in the courtroom.

Five men have all pleaded not guilty in the alleged robbery of the Scotiabank on Highbury and Hamilton in September of last year.

On Thursday, the judge ordered the courtroom cleared, except for one woman who had been among the large number of family and friends of the accused watching from the public gallery.

It's alleged that she handed a pen to the lawyer for one of the men, Charles Grevenchan, when it was intercepted by police officers.

Police said a small quantity of drugs was found inside the pen.

Security has since been stepped up at the courtroom.

Mary Grebenchan is charged with possession of drugs