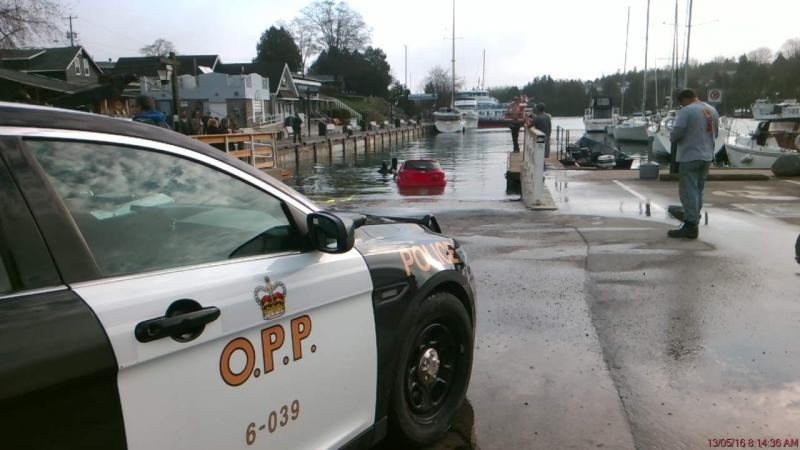 Bruce OPP secure scene in Tobermory after woman drove her car into a boat launch on May12, 2016. (Courtesy: OPP)

A Kitchener woman is lucky to be alive after driving her car into a boat launch in Tobermory.

Just before midnight Friday, Bruce OPP were called to the Little Tub Harbour on Bay Street.

The 23-year-old woman was following her GPS when she took a wrong turn and ended in the water.

She was able to roll down her window and swim 30 metres to shore in the 4 degree Celsius water.

She was not injured.

Police say it was raining and foggy at the time of the incident.

The car was pulled out of the water Friday morning.

The boat launch was closed but has since reopened.