Woman rushed to hospital after being pinned under SUV 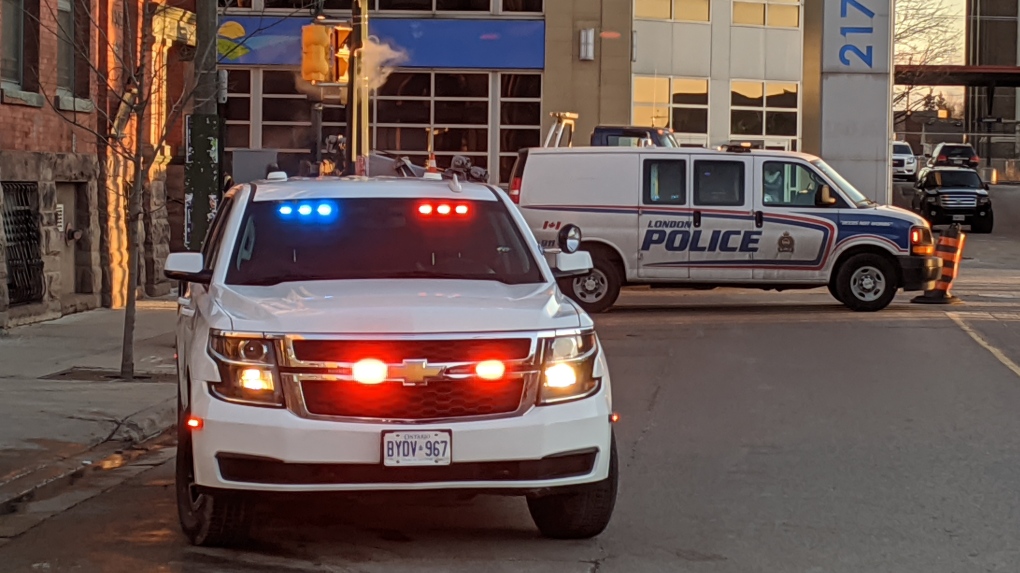 Police block the scene after a pedestrian was struck on Clarence Street in London, Ont. on Wednesday, Dec. 11, 2019. (Joel Merritt / CTV London)

LONDON, ONT. -- One person was rushed to hospital Wednesday afternoon after being struck by an SUV and pinned underneath it.

London police say the woman was struck by an SUV that was exiting the Citi Plaza parking lot onto Clarence Street near York Street.

London police Sgt. Greg Blumson says, "I think sometimes obviously people aren't looking, you know, when you're exiting you've got to be looking left and right…Not only looking for other vehicles but pedestrians."

The victim was trapped completely underneath the vehicle for about 15 minutes while rescue crews worked to pull her out.

Clarence was closed between King and York streets for the police investigation.