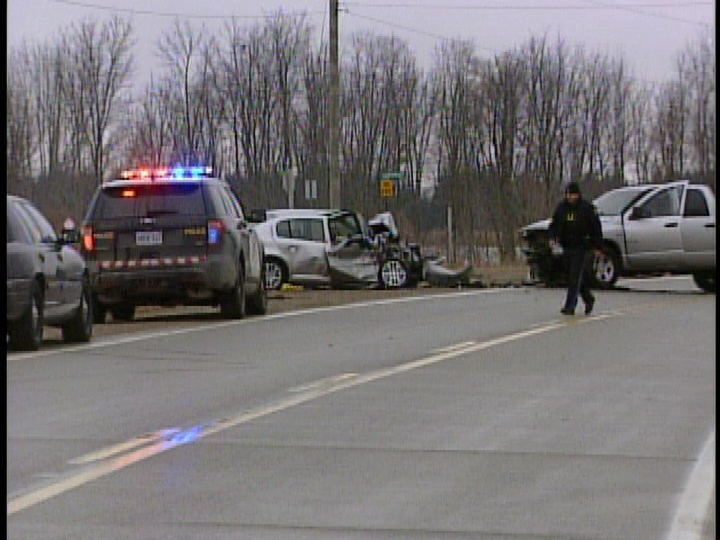 Investigators work at the scene of a head-on crash near Bothwell, Ont. on Wednesday, March 20, 2014. (Admar Ferreira / CTV London)

The woman killed in a crash on Longwoods Road in Southwest Middlesex has been identified as 78-year-old Constance King of Chatham Township.

Middlesex County OPP and emergency crews were called to the scene around 2:30 p.m. on Wednesday for a two-vehicle collision on Longwoods Road at Cashmere Road.

Police a westbound car, driven by King, collided with an eastbound pickup truck.

King died at the scene as a result of her injuries.

The male driver of the pickup was transported to hospital where he was treated for non-life-threatening injuries.

Police closed a section of Longwoods Road for approximately five hours as members of the OPP Technical Traffic Collision Investigation assisted in the investigation.