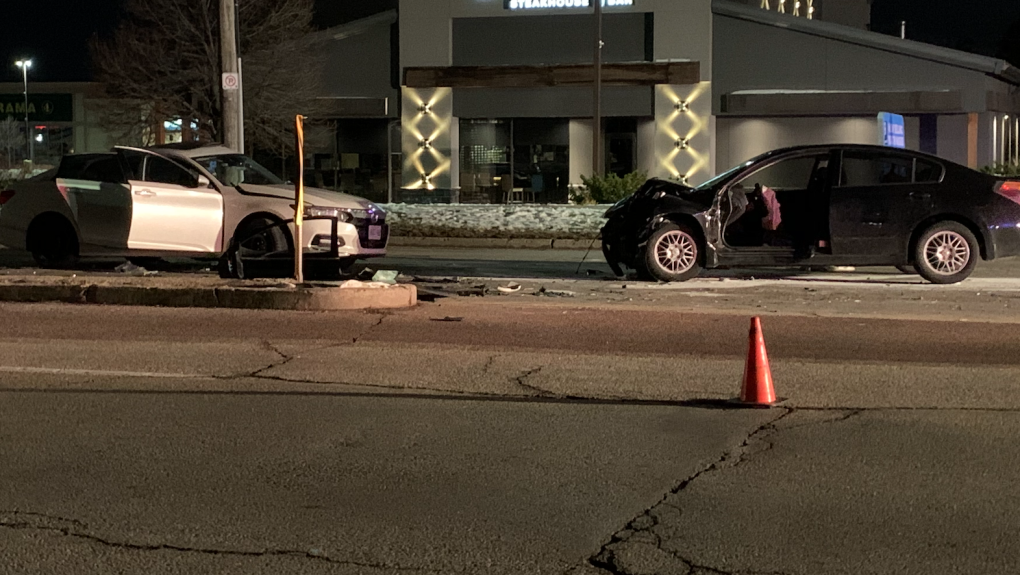 Emergency crews were called to the area of Wellington Road and Southdale Road East around 9:50 p.m. for a two-vehicle crash.

The crash left both vehicles with heavy damage and both drivers were transported to hospital with injuries.

London police said that a 26-year-old woman is in critical condition, while a 24-year-old man was treated for minor injuries and has since been released.

Police shut down Wellington Road between Southdale Road East and Bradley Avenue for several hours overnight to investigate the crash.

The roadway has since reopened.

Police are continuing to investigate the circumstances on the crash, as of Tuesday morning no charges had been laid.