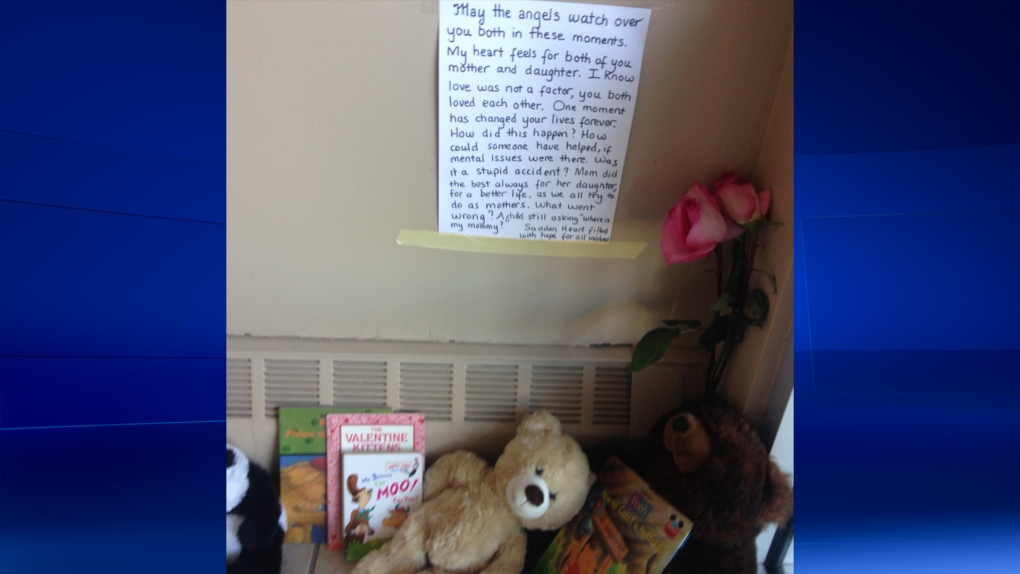 A shrine develops following a stabbing incident on Arbour Glen Cres. in London Ont. on Oct. 22, 2016.

A London woman who stabbed her six-year-old daughter last October has been found not criminally responsible.

The 29 year old woman was charged with attempted murder after the Oct. 22 incident.

The girl was transported to hospital with critical injuries but has since made a recovery.

She underwent a psychiatric assessment, which determined she is competent to instruct her legal counsel and to stand trial.

Although the woman was subjected to further testing which prompted Wednesday's finding of not criminally responsible.