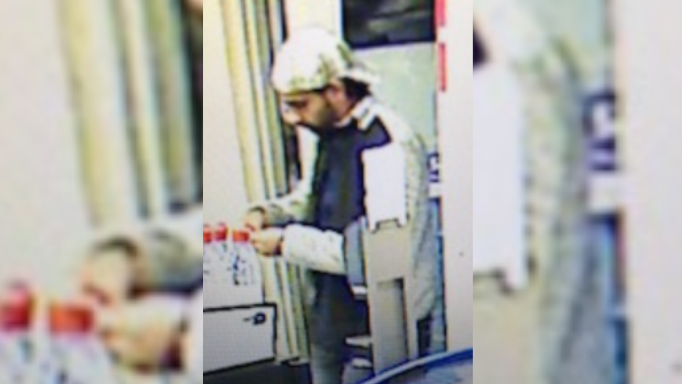 London police released this photo of the suspect in the forcible confinement case.

LONDON, ONT -- London police are on the lookout for a man alleged to have forcibly confined a woman in a vehicle.

According to police the suspect and the victim had met each other online and arranged to meet in person on Sunday.

The two met in a downtown parking lot and the man invited the victim to go to another location, when she declined he allegedly would not let her out of the vehicle.

Eventually the woman was able to escape and fled on foot.

According to police she did not sustain any injuries.

A search was conducted but the suspect was not found.

The male suspect is described as 35-45 years of age, approximately 5’06”, average build, short black hair, with a light black beard.

He was wearing a white and black long sleeved sweater, blue jeans, a white and plaid baseball cap and black sandals with a red ‘Under Armour’ logo

The vehicle is described as being a black or dark blue Ford Fusion with a white hood with rust spots on it. There was no front licence plate on the vehicle.

There was a yellow and white rear licence plate.