INGERSOLL, ONT. -- An Ingersoll-area woman, battling stage 4 cancer is pleading for the public’s help in finding a powerful letter from her young son.

It was inside her stolen purse.

Thirty-four-year-old Amber Murray, of Beechville, Ont. says the purse was taken during her children’s Christmas concert at Laurie Hawkins Public School on Innes Street in Ingersoll.

She says she entered the school about 10:20 a.m. Wednesday, leaving her purse covered and locked inside her vehicle. Shortly after she returned, at around 1 p.m., she noticed the purse was gone.

Inside were her ID, credit, cash and gift cards.

But also in the purse was a far more precious item. A letter her son wrote when he was six years old, given to her during cancer treatment.

Fighting through tears, and pausing several times, she detailed how her son’s writing has carried her through treatment for an invasive type of breast cancer.

Since being diagnosed three years ago she has undergone two mastectomies, chemotherapy and radiation.

In the letter, Murray says her son wrote, “I love you Mommy. You’re the best Mommy in the world. You are so strong!”

He then drew a picture of himself and Murray walking together on a sunny day.

Murray, who immediately departed for a medical appointment following her interview with CTV News, is hopeful those who committed the purse theft will have a heart.

She says they’re welcome to keep her credit cards, cash, even her ID, if they would just return the letter, by dropping it off anywhere it can get back to her safely.

“You can say you found it, it doesn’t matter, just get it back to me.”

Ingersoll OPP have been notified of the theft.

Murray says her credit card was used in Woodstock, at three locations, a short time after her purse was stolen.

She’s hopeful members of the public will keep an eye out to see if the thief or thieves discarded it. 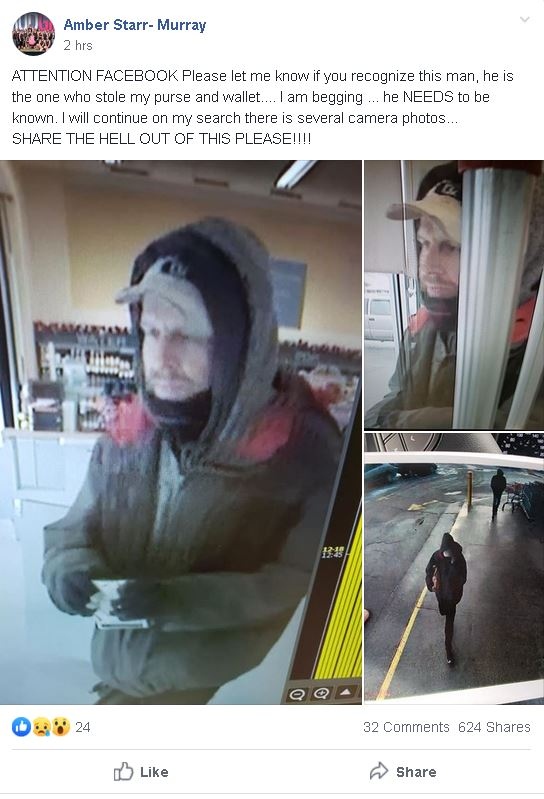