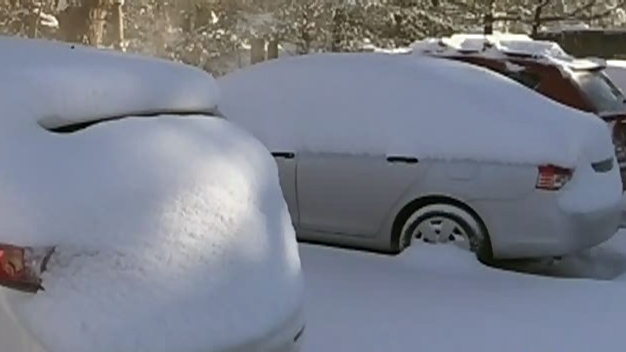 LONDON, ONT -- Environment Canada has ended its winter weather travel advisory for the region as clean up gets underway Monday morning.

There have been several reports of cars in ditches along the 400 series highways this morning as the system moves east.

Eastbound Highway 401 was closed for roughly an hour in London after a transport became jackknifed.

The snow was heavy at times overnight and resulting in snow covered roads and poor visibility.

Total snowfall amounts of 5 to 10 cm can be expected by the time the snow tapers to periods of light snow or flurries Monday morning.