LONDON, ONT. -- A day of seemingly continuous snow has Londoners digging out.

With a stalled weather system from the United States combined with lake effect squalls, the Forest City is being hit by a winter blast.

“It’s horrible out. You’ve got to take your time,” a school bus driver tells CTV News.

At a retail plaza in London’s southeast end, Edgar Zapata cleared the parking lot for the second time in just six hours.

Of course the snow is good for his business.

“It’s time we got winter going, so I’m excited.”

Also excited is young Marwan Zeatir. Waiting for a school bus with his mother, he could not stop reciting activities with snow.

“Big snowboard with a snow castle, a snow house and a snow street.”

Marwan's list was not complete, but we’ll get back to it, in a bit.

While most children, like Marwan, are excited to see the snow, some adults could do without it.

Crossing guard Rhea Laxamana-O’Hara is making the best of it, but she admits she prefers fall and spring weather. 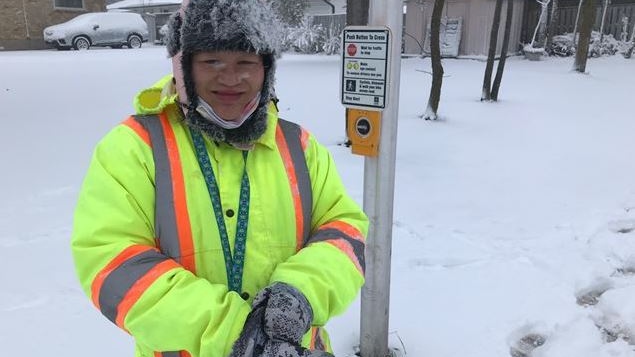 “Sunshine everyday would be awesome but you can’t control the weather. You might as well enjoy.”

But while pushing his electric snowblower Zafir Ahmed had a difficult time finding any love for the season. 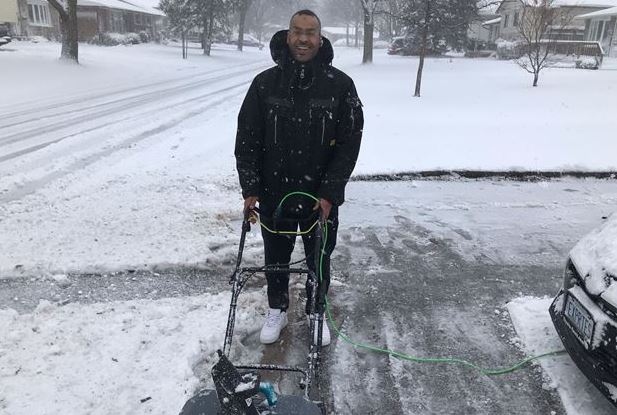 Zafir Ahmed is not a fan of winter as he cleans out his south London, Ont. driveway on Tuesday, Dec. 1, 2020. (Sean Irvine / CTV News)

“Well I hate it actually, but I guess I have to do it.”

Ahmed tells CTV News he emigrated from a warmer spot 20 years ago, and while he appreciates the changing seasons, he does miss the heat.

“I come from Africa, and so it’s hot over there. Now I have to deal with the snow, so it’s not my favourite place at this time of year.”

But a snow-covered sidewalk is the perfect place for ‘Loki,’ a husky dog, and his owner Rashid Skukul. 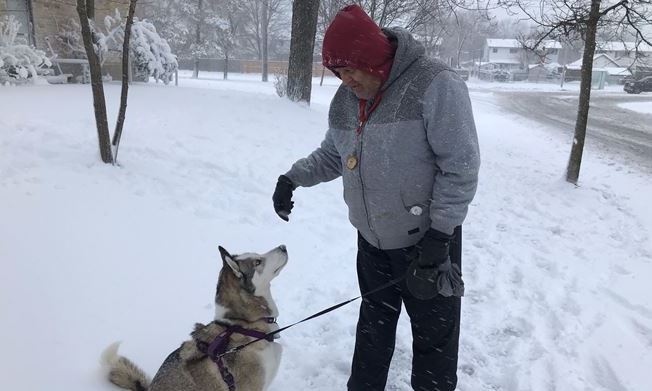 “(Loki) said, ‘OK today’s my day!’ He’s been really looking forward to the snow I guess.”

And, in the midst of the COVID-19 pandemic, the snow is offering a distraction for humans, Skukul concedes, “We have a different topic to discuss.”

Back at the school bus stop, Marwan’s mother Chaza Zeatir is thrilled the snow broadens her children’s play options, as pandemic restrictions continue.

“For them, they get to play outside. They get to build snowman, play with snowballs. At least they are happy, and it is just a little something to drift away a little bit from the virus and the social distancing.”

And, Marwan is defiantly ready to play as his list of “snow” words continues.

The list left a CTV New reporter to play along.

“If anyone wants to ‘snow’ more they should talk to you!”

Marwan chucked as he continued on, “Big field with snow, and tons and tons of snow. I could make the biggest snowman in the world!”