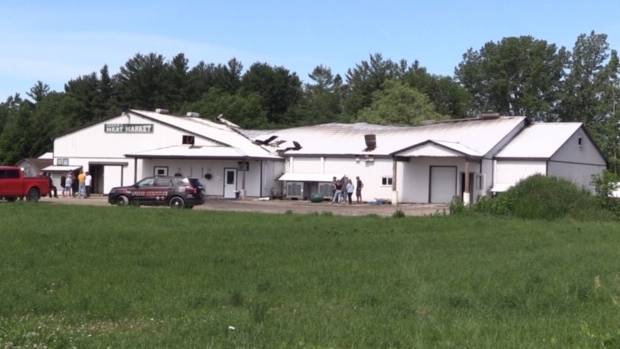 WINGHAM, ONT. -- Greens Meat Market in Wingham has been destroyed by fire.

The family business was gutted by fire overnight, causing as much as $2-million in damage.

A passerby spotted flames just before 11 p.m. Wednesday, and called 911. Kregar says when crews arrived they could see flames coming out of the back of the business.

They did what they could to save the structure, but damage was extensive throughout the meat market, and meat processing facility.

Fire investigators will remain on scene Thursday to determine what sparked the blaze.

No one was in the building at the time of the fire, and no one was injured.