LONDON, ONT. -- A standoff in southwest London was the result of local officers assisting Windsor police to track down a wanted suspect, however that suspect was not located.

Police now say the area around Springbank Drive and Kernohan Parkway has reopened despite no arrests being made. They thank the public for their patience in the hours-long standoff.

Heavily armed officers with the London Police Service converged on the 300 block of Springbank Drive around 1 p.m Tuesday.

London police say they received information that a male wanted by Windsor police was inside a residence in the city and responded.

Police could be heard asking for someone to come out of the home as officers in full tactical gear stood outside. They also repeatedly said they had a warrant for the person's arrest.

While only one person was believed to be inside the home, officers on scene also called for any other residents to come out the front door with nothing in their hands.

A Tim Hortons location across the street from the home was shut down during the standoff, followed by other businesses in the plaza just a few hours later. 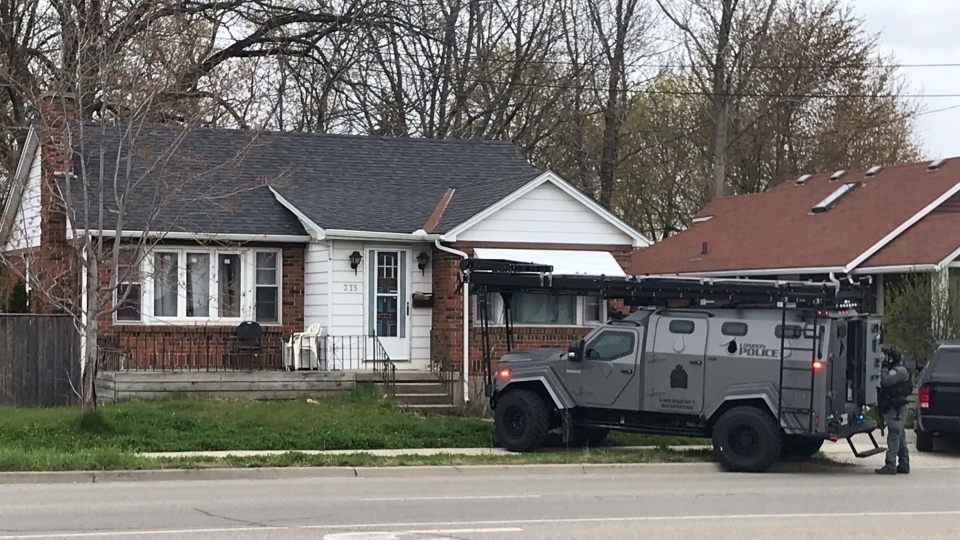 More than half-a-dozen police vehicles were visible at the scene for much of the day, including an armoured vehicle.

Police said uniformed officers, the Emergency Response Unit and the Canine Unit all responded to the scene.

Traffic was initially being redirected through an area parking lot to get around the location.

Police said there was no threat to public safety, but people were being asked to avoid the area and civilians and media were moved farther away partway through the day.

Springbank Drive was closed from Chelsea Avenue to Berkshire Drive and Kernohan Parkway was closed at Ridgewood Crescent.

As of 12:50 a.m. Wednesday the area had reopened. The investigation is ongoing.