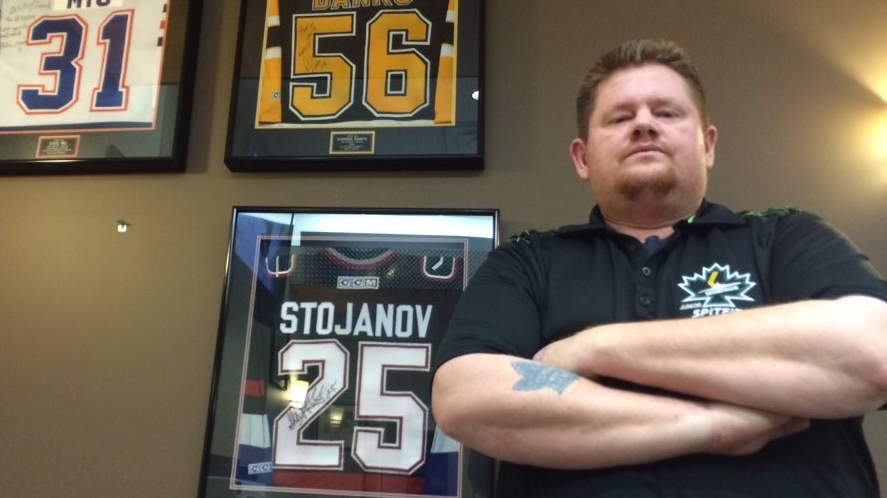 Dean Lapierre, president of the local association, made the comment on Facebook over the past weekend in response to recent Women’s marches in the U.S.

Lapierre wrote on his personal page “Good u dumb bitches,” when referencing how some Canadian women were delayed when crossing the border.

Speaking to AM800 Lapierre said, “I understand it is my personal Facebook, but yeah, I do represent Windsor Minor (Hockey Association) and I have for a long time.”

“The last thing I want to do is for any women to think I’m derogatory towards them because obviously that is not the case,” says Lapierre.

Lapierre said Wednesday he "screwed up" when he posted the comment last week.

"I should have used better judgement," Lapierre told The Canadian Press.

The OMHA says they will be investigating the comments made by Lapierre.

“These comments are offensive and have no place in minor hockey,"says Ian Taylor, OMHA executive director. "The OMHA does not agree with or condone his statements and are looking into the matter internally. We aim to teach our players the value of respect and acceptance of all members of our communities. Although this was posted on Dean’s personal page, we believe he holds a prominent position and has a public profile within the community.”

The OMHA code of conduct states that member shall, “Refrain from comments or behaviours … which are disrespectful, offensive, abusive, racist, or sexist… and will not be tolerated.”

Hundreds of Canadian women from London, Toronto and Windsor, took part Saturday in the protest dubbed "Women's March on Washington" in support of women's rights. Many others made their way to the U.S. capital by car or plane.