Details from police are currently scarce, but a section of Wilson Street in Woodstock was shut down Wednesday afternoon for what police called a “weapons-related" investigation.

According to a tweet from the Woodstock Police Service, the area of Wilson Street between Peel Street and Hounsfield Street was closed to the public for several hours early Wednesday afternoon while police investigated.

The bomb unit and canine units were reportedly seen in the area during the operation.

Police have since cleared the area and residents are allowed to go back to their homes. 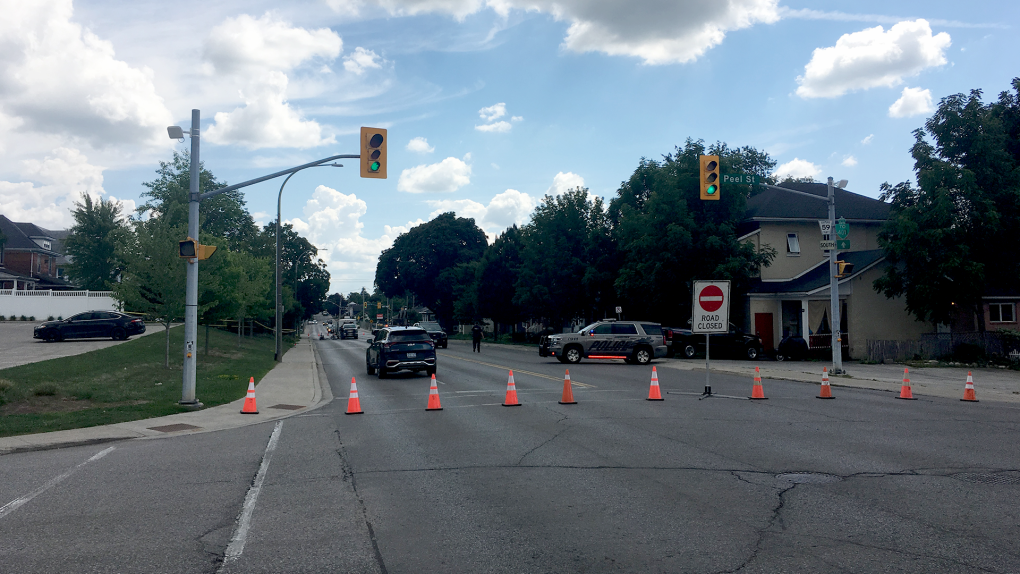 Wilson Street between Peel Street and Hounsfield Street in Woodstock, Ont. was closed for what police called a “weapons-related" investigation on August 17, 2022. (Joel Merritt/CTV News London)

Nadine Duncan lives in the area, and told CTV News London’s Carlyle Fiset, “Big fireball -- it looked like a mini atomic bomb to be honest with you -- and then a huge smoke puff after that. It didn’t last long, the fire, it went out pretty quick, but it was enough like I hit the deck. I don’t know if it was a gun shot or what it was.”

None of these details have yet been confirmed by law enforcement.

According to police, no charges have yet been laid and there were no reported injuries.

Few other details are known at this time.

Fiona, a category 4 hurricane turned post-tropical cyclone storm, barrelled through Atlantic Canada leaving behind flooded streets, wrecked homes and towns in darkness. CTVNews.ca looks at the data behind the destruction.

An 81-year-old man reported missing in Lower Prospect, N.S. is believed to have been swept out to the ocean during post-tropical storm Fiona, according to the RCMP.

A young man shot a Russian military officer at close range at an enlistment office Monday, in an unusually bold attack reflecting resistance to the Russian leadership's efforts to mobilize hundreds of thousands of men to wage war on Ukraine.

Members of Parliament will be holding an emergency debate in the House of Commons on Monday night, giving MPs a chance to discuss 'the urgent and escalating situation in Atlantic Canada' following the deadly and destructive post-tropical storm Fiona. And, Prime Minister Justin Trudeau is making plans to visit the regions impacted 'as soon as possible this week.'

Some Canadian workers are raising concerns about a full return to office and work travel as Ottawa lifts all remaining border restrictions and experts warn of a potentially large wave of new COVID-19 cases this fall.