LONDON, ONT. -- Salthaven Wildlife Rehabilitation & Education Centre is asking the public not to interfere with newborn animals that seem to be abandoned, because that is often not the case.

"There are instances, of course, where they do, if they are sick or injured or truly orphaned, but in a lot of cases that maternal instinct that we have as humans wants to help...but in most cases they’re not abandoned."

Salthaven has had to cut back on volunteers due to COVID-19 restrictions which means there are less hands available to help with rehabilitating the animals. 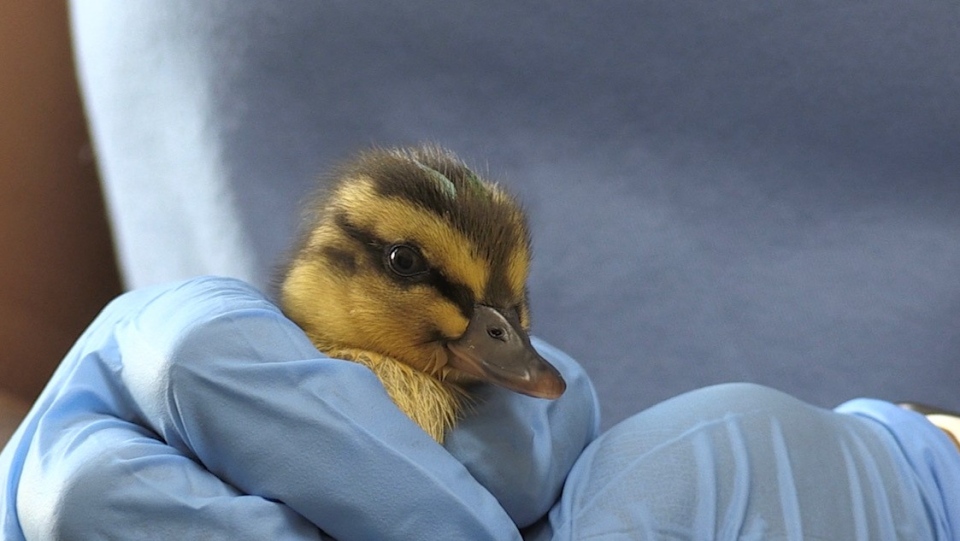 "COVID-19 has affected everybody including wildlife," said Salt, "which means we aren’t able to help as much as we would like to. We have had to cut back on taking in baby birds which are high, high-maintenance…we have less volunteers that we are working with right now."

Salthaven is unable use the centre to its full capacity, but Salt adds that the message remains the same with or without COVID-19.

"If there’s a chance that mom is taking care of that little animal, under any circumstances regardless of COVID-19, it’s always a better idea to let mom finish the job that she started."

One of the more common newborn animals a Londoner may find in their backyard is a baby bird. If you find a baby bird alone, it doesn’t mean they are looking to be rescued.

"Baby birds spend four to five days on the ground after they leave the nest because they haven’t developed their pectoral muscles yet that allow them to fly," said Salt.

"All the while, the parents continue to feed them."

Salt said that a person should look for a wing out of place, blood showing, or flies surrounding the bird before interfering - If you see any of those signifiers, it’s okay to help.

Neighbourhood cats are also the cause of many bird injuries, but Salt argues that the four to five days spent on the ground developing muscles and learning how to fly is absolutely necessary for a bird and 'worth the risk'.

Another newborn animal often brought into the wildlife centre is baby deer. But when a mother gives birth to a fawn, she can leave newborn alone for six to12 hours a day.

Often people misconstrue this as abandonment when more often than not, the mother will return.

"We have a saying here at Salthaven; If the fawn's ears are straight - the fawn is great. If the fawns ears are curled - the fawn needs help in the world. The curling of the ears is usually an indication that the fawn is becoming, or is, dehydrated and truly needs help," said Salt.

Salt's advice for a person who comes across a baby fawn in their backyard or near their home is to watch over it for 24 house before intervening.

Salt adds that changing the environment around you may coerce the mom to feel safe enough to return. So avoid loud music or gatherings of people.

Since the third week of May, Salthaven has taken in 88 fawns and released 73 back into the wild.

"The importance of all this is to help Salthaven help you put the wild back in wildlife," said Salt.

If you come across an animal, visit Salthaven's website for advice.