A vehicle, with a man’s body still inside, remained covered with a tarp in the school yard of Hanna Memorial Public School all morning.

The school is located directly south of Bluewater Health hospital.

The incident leading to the death began just after 4 a.m. when a Sarnia police officer, on patrol on Russell Street, noted a vehicle passing by.

A short time later the vehicle smashed through a large section of steel fence enclosing the school yard between George and Maria streets.

The car came to rest, upright, in the playground.

As a result the school is closed Wednesday, but is expected to reopen Thursday. 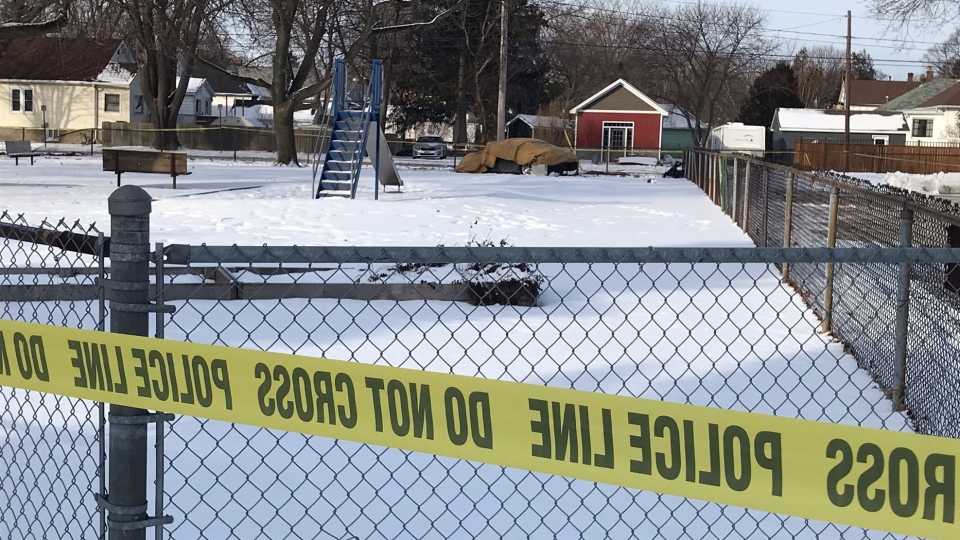 A tarp lays across a vehicle following a fatal collision in Sarnia, Ont. on Wednesday, Feb. 10, 2021. (Sean Irvine / CTV News)

Don McDonald, who lives immediately to the west of the crash, heard it occur.

“Just sounded like a car scraping along a fence. It woke us up. We went out, there were police cars everywhere.”

McDonald went outside and immediately heard a disturbing conversation.

“There was a police officer there hollering ‘Are you OK, are you OK?’ But he wasn’t getting any response.”

“They (the officers) determined that the driver, who was the lone occupant of the vehicle, was deceased,” confirmed Sottosanti.

With the man deceased at the scene, the SIU is now involved. 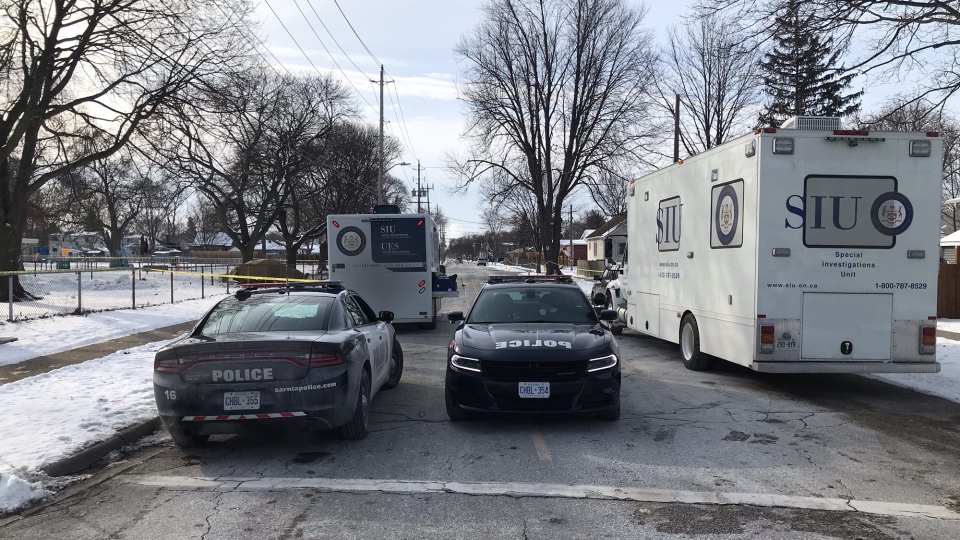 The SIU launches an investigation when injury or death occurs following a police interaction.

Officials say a post mortem is expected to be done Friday in Toronto.

As a team of investigators arrived at the scene neighbours expressed shock at the site.

“The murder that just occurred there a couple of weeks ago was behind our home. It’s a crazy little neighbourhood these days.”

Which is why, he wishes for the sake of the victim and the area, that this incident had been avoided

“Why didn’t he just pull over. Look at the consequences now.”