Hate crimes aim to intimidate, terrorize, and sometimes kill Londoners— and they’re on the rise.

On Thursday, the London Police Services Board (LPSB) meeting was dominated by a discussion about the two-year spike in hate crimes and hate incidents reported to police.

“Who are the offenders?” asked Councillor Jesse Helmer.

He recommended future reports include demographic data about those charged with hate crimes in order to identify where proactive steps should be targeted.

Police Chief Steve Williams said the majority of those charged are young white men and youths.

“Historically, communities of colour felt white supremacy extremism was not taken as seriously as other forms of terrorism, and hopefully that’s changing,” said Police Board Chair Susan Toth.

The board also requested that gender-based data be provided in future reports to reflect that targeted violence against women is also a form of hate.

In 2021, the number of hate crimes and hate incidents reported in London climbed 57 per cent— 146 occurrences.

This troubling trend began in 2020 with a 52 per cent increase (93 occurrences) over previous years which had averaged about 60. 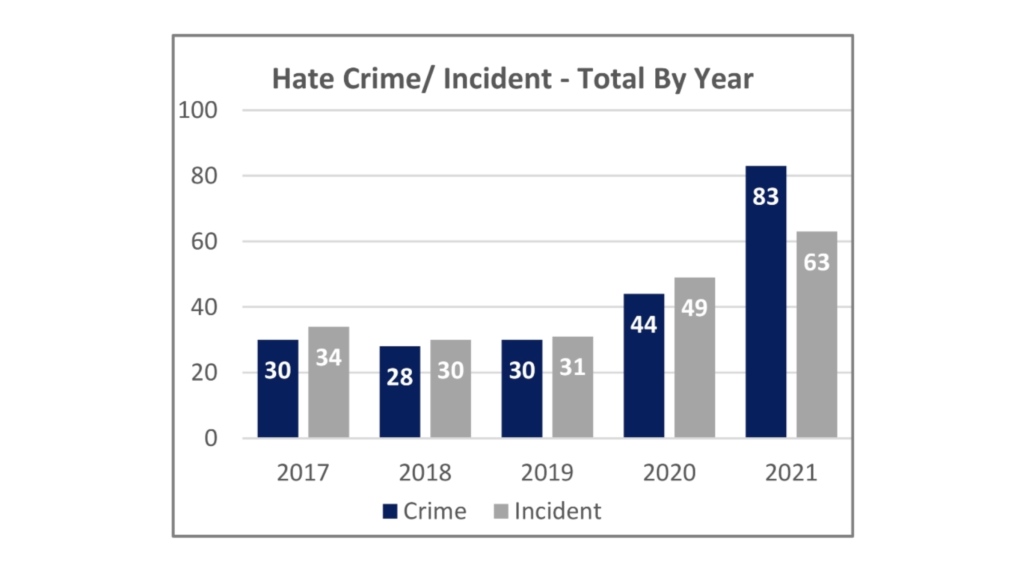 “KKK was here, another bad symbol here,” described Ahmad Jawad as he showed the white fence on his property where racist and sexual graffiti was discovered on Wednesday.

Several street signs were also vandalized near his home on Hawthorne Road.

Jawad took it upon himself to clean it before children and neighbours were exposed to the hateful and sexual images.

“Everyone should take care of their community, that’s why I did it,” he told CTV News.

London Police are investigating the incident as the city’s latest hate crimes.

Deputy Chief Stuart Betts told the board that eliminating hate goes beyond the scope of local police, requiring an ongoing community-wide commitment.

“As hurtful as these occurrences are, the people of London continue to show their resilience and support to victims of such crimes,” he said.

Three months since their arrival through a special evacuation program, Ukrainian families with children receiving care in hospital share their experience.

Amid buzz around the medical benefits of magic mushrooms, a new production facility gets to work in B.C.

In southern B.C, there's a new 20,000-square-foot production facility where one particular product is generating a lot of buzz: magic mushrooms, which a handful of businesses have been federally approved to produce.