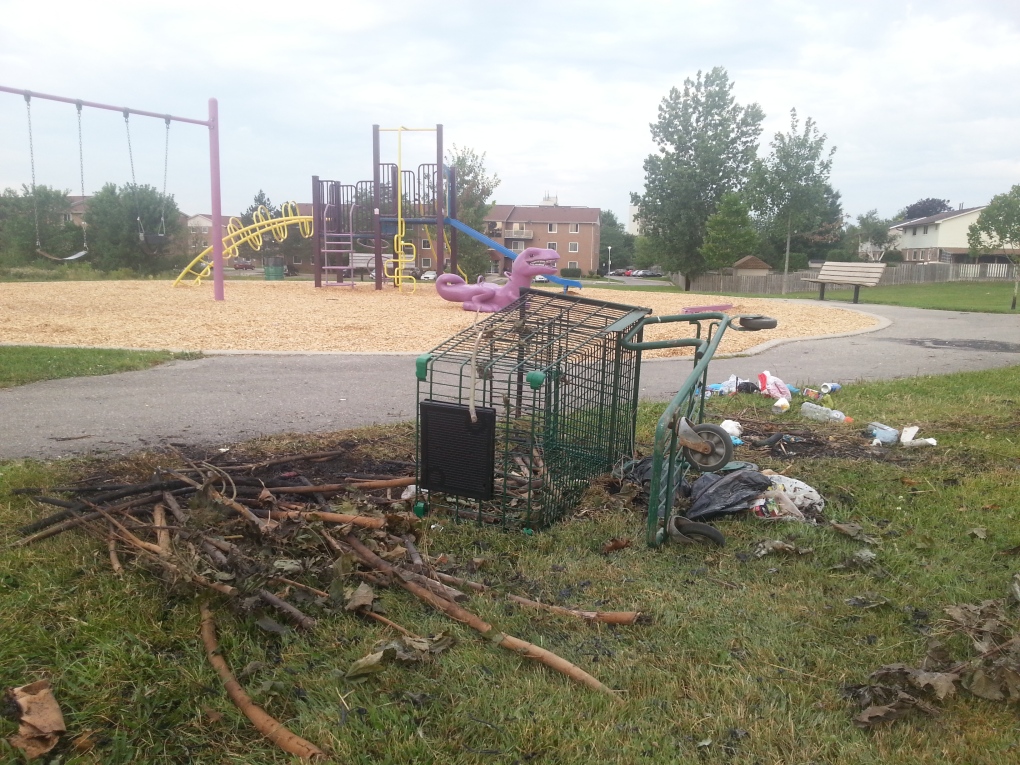 The aftermath of another arson attempt at the playground near Rick Hansen Public School is seen in London, Ont. on Friday, Aug. 14, 2015. (Admar Ferreira / CTV London)

There was another fire in a playground Thursday night, this time at Rick Hansen Public School in the White Oaks area.

Fire officials say they responded to the Jalna Boulevard and Bradley Avenue area around 11:30 p.m. Thursday night to find a shopping cart full of sticks on fire in the playground.

Firefighters were able to extinguish the fire before it did any damage to the playground equipment.

London police Const. Alanna Hollywood says this fire is different from the others.

"It was a small fire and a shopping cart knocked over as well. No one was located at the scene and there was no damage to the playground equipment."

Still, this is the sixth fire at a London playground since mid-July.

It marked the second and third attempts to set fire to the equipment at St. Jude, which was initially targeted on July 31.

Until the latest incident, all of the parks targeted have been located on Viscount Road.