What we know about the man accused in the London, Ont. attack

Nathaniel Veltman, 20, is charged with first-degree murder in the deaths of four members of a Muslim family in London, Ont. and attempted murder for allegedly injuring a fifth.

On Sunday five members -- three generations -- of a family were out walking when they were struck by a pickup truck in the area of Hyde Park Road and South Carriage Road.

A family spokesperson has identified the family members as Salman Afzaal, 46, his 44-year-old wife Madiha, their 15-year-old daughter Yumna, and the children's 74-year-old grandmother. The boy who survived is Fayez., nine.

Police say the driver of the pickup mounted the curb and struck the family intentionally.

"There is evidence that this was a planned, premeditated act and that the family was targeted because of their Muslim faith," said London police Det.-Insp. Paul Waight during a briefing on Monday.

While no terror charges have yet been laid, they are still being considered, and Prime Minister Justin Trudeau and Ontario Premier Doug Ford have both called the incident a terrorist attack.

Trudeau said Tuesday, "Their lives were taken in a brutal, cowardly, and brazen act of violence. This killing was no accident. This was a terrorist attack motivated by hatred in the heart of one of our communities."

Veltman was arrested a few kilometres away from the scene of the crash near Cherryhill Village Mall on Oxford Street, which is located steps from the London Muslim Mosque.

On Tuesday, police were seen at Veltman's apartment building on Covent Market Place in downtown London.

"We’re going to want to look into the accused’s backround. Friends, family, obviously online activity and anything like that can sort of piece together the history and what brought us to this today, and that will form part of the investigation. I can’t speak directly to groups he may have been involved in. I know there’s information out there that isn’t necessarily accurate, but we need to work through that ourselves."

Gray Ridge Eggs has confirmed Veltman had been a part-time employee there for several years. He reportedly worked in shipping.

In a statement, the company said they were "shocked and saddened to learn late Monday afternoon that Nathaniel Veltman, part-time employee at our Strathroy plant, has been arrested and charged,"

It continued, "We join our community in expressing condemnation of this violent attack and offer our heartfelt sympathy to the family and the Muslim community."

Co-worker Tina Perry, who says she has known Veltman for several years, tells CTV News he was always a nice guy who kept to himself, but who was there to help when needed.

She says she was shocked at the allegations, "I'm very shaken up about this, I never would think, in a million years, he would do something like that."

London police have declined to release an official photo of the suspect, saying "there is no risk to public safety as he is currently in custody."

Const. Sandasha Bough continued in a statement, "We release (pictures) when someone is wanted or if there is a risk to public safety. If investigators determine there is a need to, it will happen by way of media release, but his (picture) is out there now so there is no need at this time."

The image below is the only photo to which CTV News London currently has access. 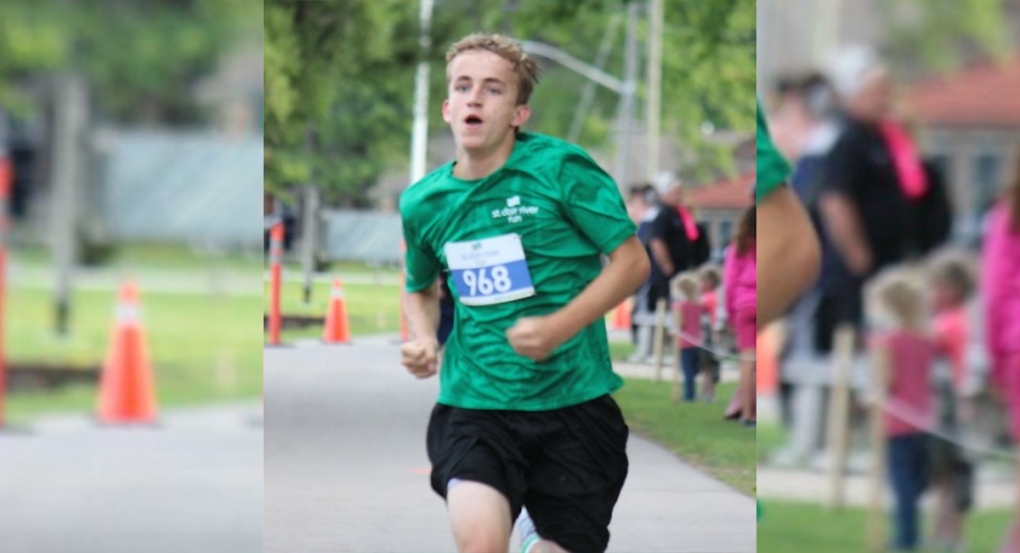 Canada has now fully vaccinated 79.29 per cent of the country's eligible population.

CBRE Group Inc. says the national office vacancy rate hit 15.7 per cent in the third quarter for the highest level since 1994 as people continue to work from home because of COVID-19.