It may cost a lot more to live in London, Ont. next year.

On Tuesday, city council will officially table the 2023 draft budget update with a 3.9 per cent increase to the property tax rate.

Budget deliberations in early next year are the final annual update to the 2020 - 2023 multi-year budget approved by the previous city council.

The previous approved tax rate increase in 2023 is 3.9 per cent, but a staff report explains, “Should municipal council approve the recommended budget amendments, the 2023 increase from rates would decrease to 3.2 per cent.”

City council will also have the option to consider additional budget amendments, which are not expressly recommended by civic administration.

“The lowest we could potentially come in is 2.9 per cent if all of the staff recommended and ‘for (council) consideration’ amendments come through, but I question if they all will come through,” explained Budget Chair Elizabeth Peloza.

The tax rate increas versus increase dolar value is as follows: 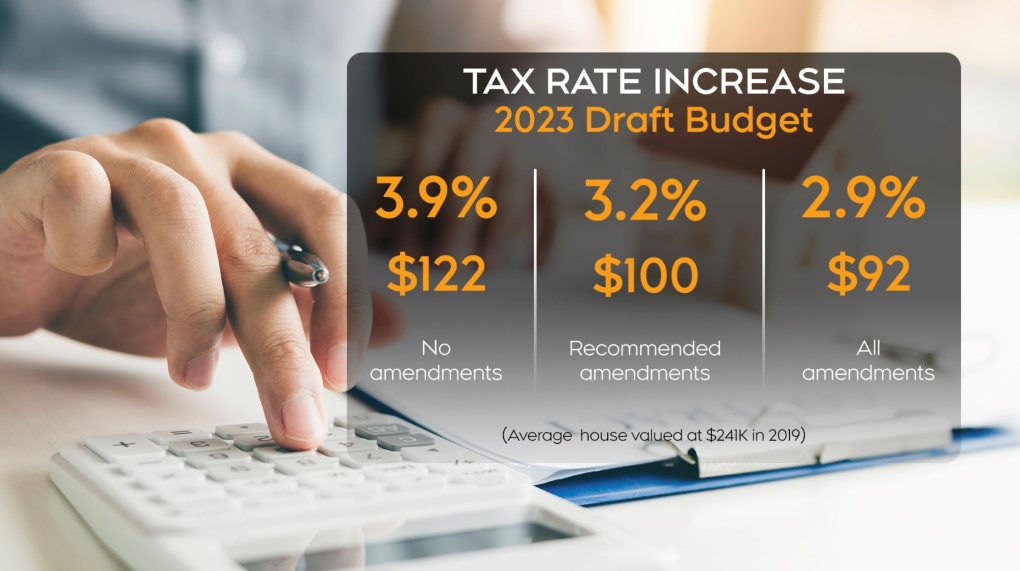 Though house values have surged in recent years, city hall uses the 2019 average assessed value of homes to permit year-to-year comparisons during the four-year budget. 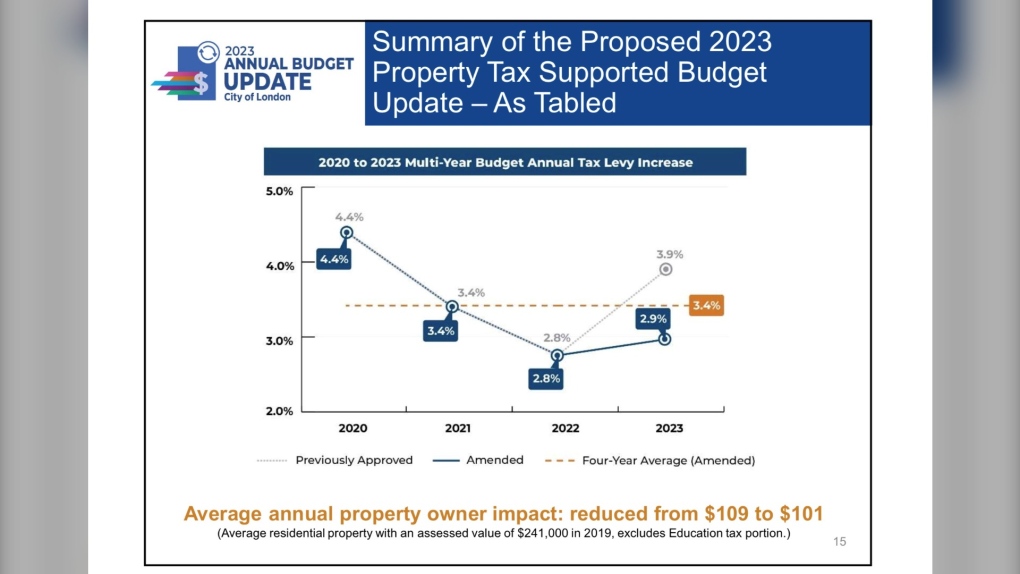 Meanwhile, inflationary pressures affecting local households and businesses are not yet influencing the finances at city hall to a degree that would require tax increase.

“While some pockets of inflationary pressure have been noted, they are currently being managed through offsetting savings in the overall city budget,” reads the budget report. “There is the potential for further pressures to be experienced by the city into the future as certain goods and services purchased through established contracts will come up for renewal.”

Coun. Peloza warns inflationary pressures may be delayed but not avoided, and told CTV News London, “What we need to keep a close eye on is as the multi-year contracts we [have suppliers] bid on come up for renewal, is that when those suppliers pass on their cost increases?”

The public can provide comment on the budget during a meeting of the Strategic Priorities and Policy Committee on Jan. 17.

The budget will be finalized by council on Feb. 14.