'What keeps me up at night is to see what really happened': Teeple Terrace survivor begs for answers

LONDON, ONT. -- As the Day of Mourning for workers who have died or who were injured on the job approaches this Wednesday, one survivor of the Teeple Terrace building collapse is hoping for answers sooner than later.

Jacob Hurl, who was severely injured on Dec. 11 of last year, says he’s anxious to know exactly how the fatal collapse happened.

“That’s what keeps me up at night, is to see what really happened. Like I want a conclusion as to why two people had to pass away.”

Hurl was trapped under rubble for several hours before being rescued, then spent several weeks in the hospital recovering from a host of serious injuries. The good news is that he’s now out of the woods as far as life threatening injuries go, but he still has ongoing physical rehabilitation, along with psychological counselling for the trauma he suffers.

He was one of several workers who were hurt. Two people died in the collapse. 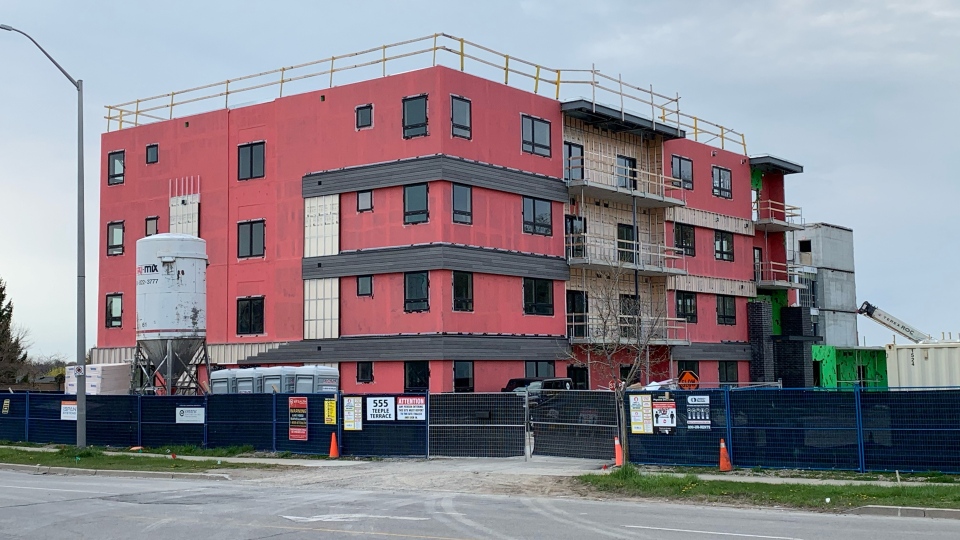 In a statement to CTV News, Kalem McSween, a spokesperson for the Ministry of Labour, Training and Skills Development says the investigation is ongoing.

“Once the investigation is completed, ministry staff will review the investigation report. If a prosecution for violations of the Occupational Health and Safety Act is warranted, charges will be laid within one year of the date of the offence.”

Jacob’s father, William Hurl, says he believes the Ministry should have released a preliminary report by now. He’s hoping that the full report is released to the public with no redactions.

“While the pandemic is on, and while we’re all so focused on everything to do with vaccine, I don’t want this to get buried in the circular file, and all the construction workers here in Ontario be patted on the head and told that ‘everything’s okay, don’t worry about this, the materials used in this were great, we’re good to go.’”

In the meantime, Jacob went back to the site at Teeple Terrace recently and he says he noticed one thing missing that disappointed him.

“I went to the site and they didn’t have the memorial up any more. Didn’t have any of the flowers. And it really frustrated me, because I felt like that was almost tampering with someone’s grave.”