What is a Jeopardy question every Londoner should get? 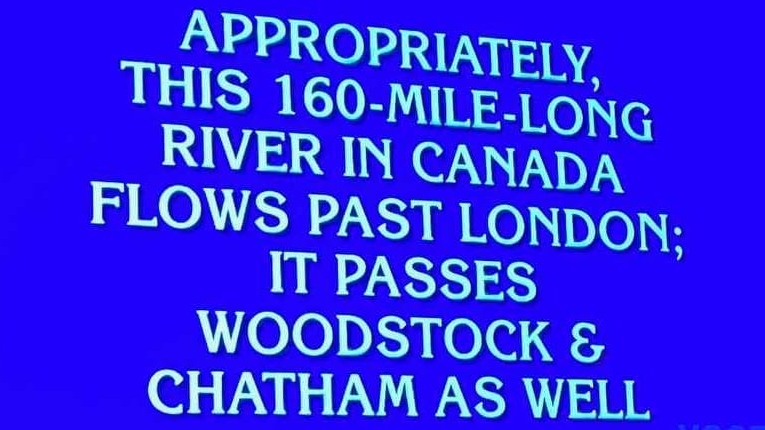 LONDON, ONT. -- It was a Jeopardy question that every Londoner should be able to answer, and probably most people in southwestern Ontario.

London, Ont. got a shout out on an episode of Jeopardy Monday night after being part of a clue along with Woodstock and Chatham, Ont.

The question was “Appropriately, this 160-mile-long river in Canada flows past London; it passes Woodstock and Chatham as well.”

What is the Thames River, is of course the answer, and if you’re curious the contestant did indeed get the answer correct.

It wasn’t long before Londoners noticed the shout out on the popular game show that was hosted for decades by Canadian legend Alex Trebek.

Trebek passed away in November following a battle with cancer.

Councillor Stephen Turner took to twitter to highlight the question, and others on social media platforms such as Facebook also noted the mention.