The former nurse was sentenced to life in prison in 2017 for murdering eight seniors in her care. She also admitted to harming six others with insulin injections.

The latest revelation outlined in a police document reveals Elizabeth Wettlaufer told Woodstock police in a jailhouse interview that she injected 77-year-old Florence Beedall with a small amount of insulin at Meadow Park Care facility in London in 2014.

Beedall was in palliative care at the time and died soon after. But due to cremation, there was no proof the injection caused her death.

Police probed the allegation, spoke with the hospital and the family and believed she did commit the offence "assault with a weapon," based on the evidence.

The incident would mark the 15th patient she injected with unnecessary insulin while working as a nurse.

She pleaded guilty to eight counts of first-degree murder, four counts of attempted murder and two counts of aggravated assault in 2017.

One of the first-degree murder counts relates to another patient at Meadow Park, Arpad Horvath.

And the evidence also suggests Wettlaufer confessed to injecting the 75-year-old on the same day Beedall passed away.

A public inquiry was launched to look into how her crimes went undetected for so long.

Now Horvath's son, Arpad Horvath Jr., says "[The] inquiry could have dug even deeper and got more to the bottom of this thing. but when you omit a piece of evidence, a piece of the case this big...it throws you for a loop, and it upsets me that it comes out now rather than...during the inquiry."

The senior Horvath's daughter Susan Horvath says she feels let down by the system.

"I'm shocked and I'm saddened that the public wasn't told because we went through a huge two years of media. We've got investigations and the inquiry, and now we're laid this information on top of us."

Horvath Jr. says he doesn't blame Beedall's family for wanting to stay out of the public eye, but wishes it was handled differently.

"You can't really fix something like this, my father is gone unfortunately."

A statement was released late Thursday by the co-lead commission counsel for the inquiry, Mark Zigler.

It says commission counsel was aware of  an investigation into comments Wettlaufer was alleged to have made about harming residents other than those for which she was charged and convicted.

But it continues, "The Gillese Inquiry received no disclosure from the police or the Crown concerning the ongoing police investigation."

Then in Dec. 2018, the counsel was reportedly advised the investigation was complete and no further charges were going to be pursued against Wettlaufer.

Zigler adds, "We are saddened by these events. Our sympathy goes out to the Beedall family. At this time the Gillese Inquiry has completed its public hearings and consultations. The Commissioner and staff are preparing the Report and recommendations that will hopefully prevent such tragedies from occurring in the future." 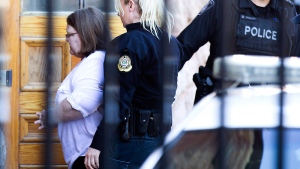