Western University says it is leading the way in Canada when it comes to student safety in on-campus residences, officials say.

"We're the first university in Canada to announce that in order to live in residence, you have to be fully vaccinated with one-dose minimum on arrival and getting the second dose if you haven't already had it," Alan Shepard, Western University president said Monday.

While the university isn't requiring students to be vaccinated to return to campus, they want to ensure safety for those in dorms after multiple outbreaks during the 2020 school year.

"We wanted with the residence halls to just ensure maximum safety, particularly for people who maybe couldn't be vaccinated for health or religious reasons," says Shepard.

Ontario Minister of Colleges and Universities Jill Dunlop made a stop in London, Ont. Monday to announce funding for Robarts Research institute, but the questioning after the announcement was all about the vaccination requirements for post-secondary institutions.

This comes after a memo was sent to all presidents of colleges and universities Friday recognizing a return to on-campus activities this fall. 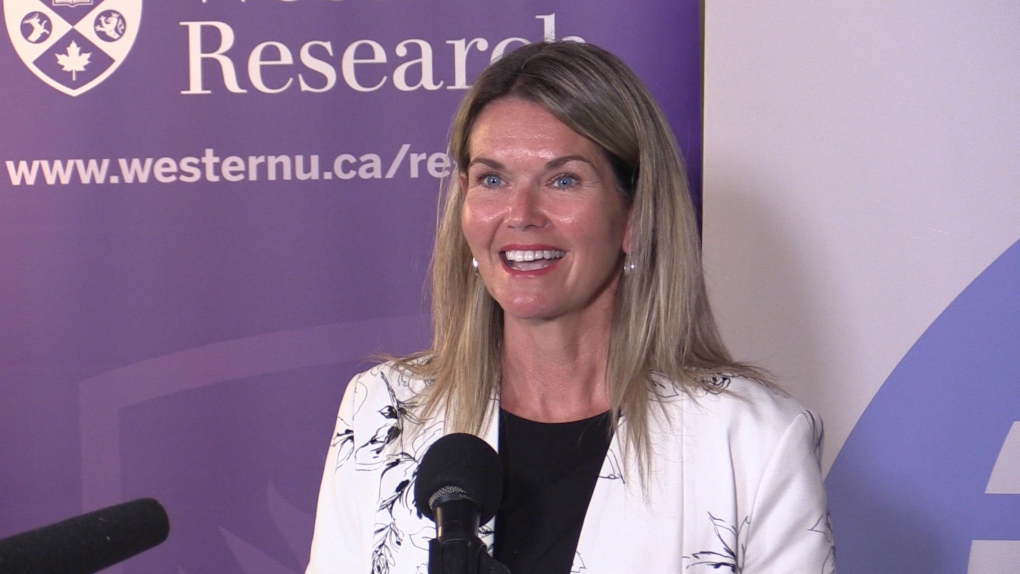 "We've given guidance on that the framework for reopening and vaccines are not mandatory," says Dunlop.

Toronto's Seneca College recently became the first in Ontario to make the shots a requirement for students and staff returning to campus in September. Dunlop says the province will not impose a mandatory vaccination policy.

"Universities and colleges are legal entities of their own and we do not look at matters of academic and administration so that would be up to each individual," says Dunlop.

Fanshawe College will not require students and staff to be vaccinated in order to return to campus this term.

"The Fanshawe Residence has adopted a vaccination requirement for residents under the guidance of the Middlesex London Health Unit (MLHU)," a spokesperson said via email.

"Fanshawe will not require students or staff to show proof of vaccination before coming to campus for in-person labs, classes or services. However, the college strongly encourages everyone to get vaccinated as soon as possible."

Shepard says he anticipates a large percentage of his students will be vaccinated, but said it's too early to determine a number.

He does feel they are prepared to pivot on a plan should a fourth-wave of COVID-19 hit London.

"I think it will depend on the nature of, you know what happens next, and one of the surprising things about this whole pandemic for all of us I think has been watching science in action and medicine and public health in action," says Shepard.

"The future is never as clear as the as the past is, and we do have a plan in place. We were one of the first Canadian universities to convert to all online, should we need to do that, we could do that again on pretty short notice. I'm not anticipating that we will need to do that."

Four space tourists safely ended their trailblazing trip to orbit Saturday with a splashdown in the Atlantic off the Florida coast. Their SpaceX capsule parachuted into the ocean just before sunset, not far from where their chartered flight began three days earlier.