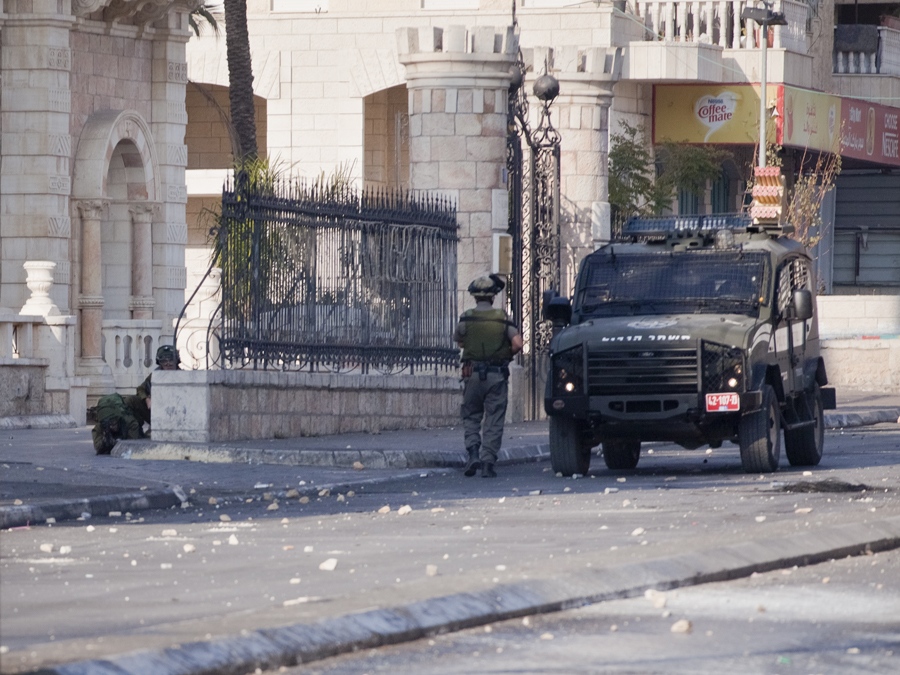 A photo provided by Western University student Rehab Nazzal taken on Friday, Dec. 11, 2015 reportedly shows a sniper on the ground near a hotel entrance north of Bethlehem.

It was a close call for a Western University artist and researcher while she was in Israel's West Bank last week.

On Friday Rehab Nazzal, a third year Ph.D student in the school's Visual Arts Department, was shot in the leg by an Israeli soldier.

She was in the region investigating the effect of Israel's unmanned robotic weapons on civilians when the incident happened.

In a statement she said, “What shocked me was the fact that I was alone, with no clashes, no stone throwers, absolutely no one around me, and yet I was intentionally shot by a sniper. This was not an accident.”

An ambulance coming to her aid was reportedly also hit with tear gas grenades.

A photo taken by Nazzal that day shows a sniper hiding on the ground near the entrance to one of the city's hotels.

She is expected to make a full recovery.