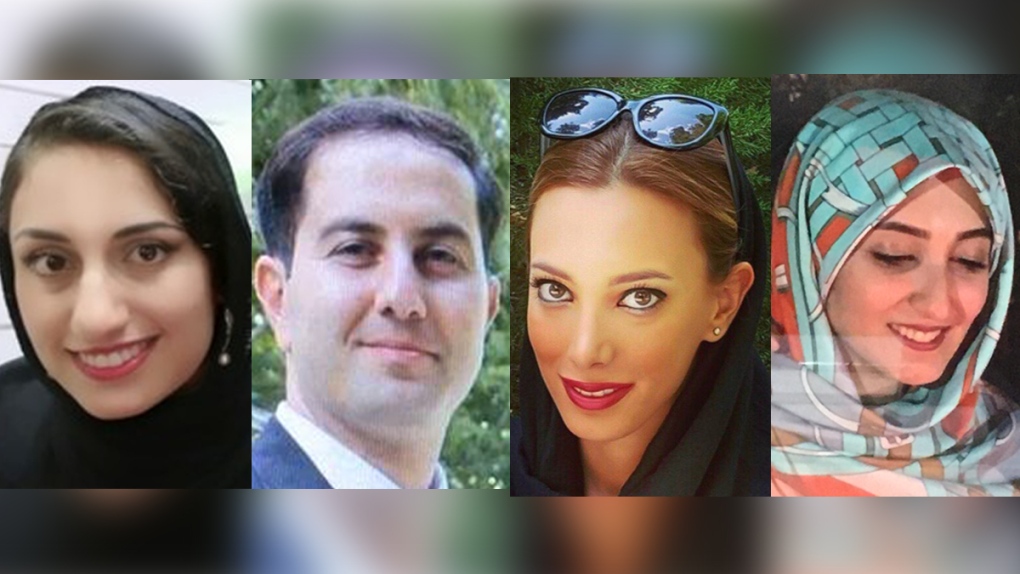 LONDON, ONT -- Four Western students killed in downing of Flight 752 in Iran are being remembered with posthumous degrees.

Western University is also setting up a scholarship in honour of Ghazal Nourian, Milad Nahavandi, Hadis Hayatdavoudi, and Sajedeh Saraeian.

The four students were killed in Jan. 8 when a missile shot down Ukrainian International Airlines Flight 752 in Iran.

Of the 176 people killed, 55 of them were Canadian. Of the Canadians killed many were graduate students from across the country.

The families of those killed will receive their loved one’s degrees at convocation ceremonies to be held when the students would have likely graduated.

The scholarship will be offered annually to a full-time master’s or doctoral student in engineering or science, with preference for students from Iran.