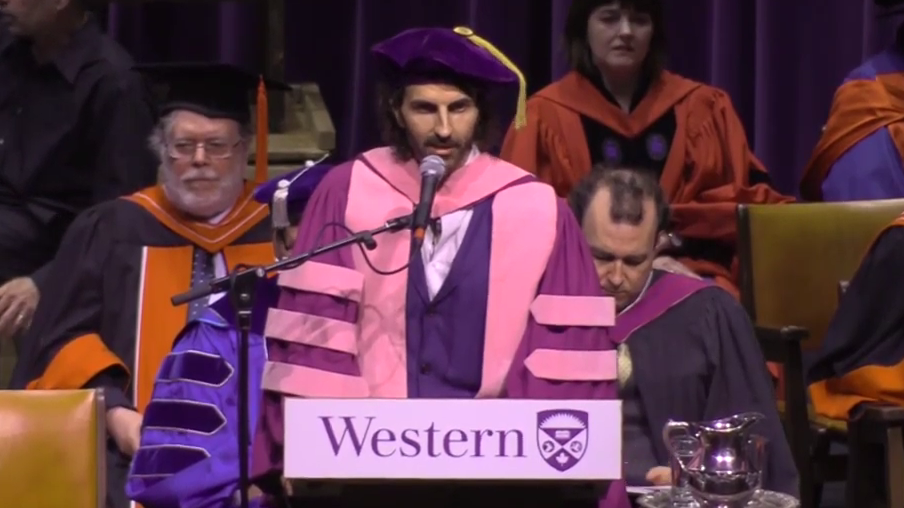 Western University’s president has issued an apology over remarks made by a music-producer who received an honorary degree Monday.

Stephan Moccio came under quick fire for statements he made during his speech at the convocation ceremony at Alumni Hall.

Moccio who is known for writing songs for Celine Dion and Miley Cyrus, referenced a sign he saw a couple decades ago thanking fathers for "dropping off their virgin daughters" at the school.

The full speech can be seen here.

He then went on to sing a song largely seen as degrading to the woman of Delaware Hall, an all-female residence at the school.

Western’s President Amit Chakma moved quickly to condemn the remarks by issuing a statement that read, “…Moccio made comments that were unacceptable and not in keeping with what Western values in a respectful learning and working environment,” wrote Chakma.

“To the entire Western community, I sincerely apologize to those who attended the ceremony and any others who were offended by these remarks and the subsequent distraction it caused.”

For his part Moccio reportedly also issued an apology Monday through the University.