LONDON, ONT. -- Western University will play a part in a return to the moon as early as 2024.

On Tuesday, The Canadian Space Agency (CSA) confirmed Western’s Institute for Earth and Space Exploration (Western Space) has been awarded a contract to develop a multi-collection camera system able to do far more than just take pictures.

“This is a dual-use imaging system. We’ll be using it for scientific purposes, to study the surface of moon and also for rover navigation and guidance.”

Osinski believes Western’s experience building Integrated Vision Systems in the past, helped solidify their selection as the only Canadian university to lead a portion of the U.S. plan to return to the moon.

President Donald Trump has set a goal of doing so by 2024.

That puts plenty of pressure on Western Space to advance the project quickly. 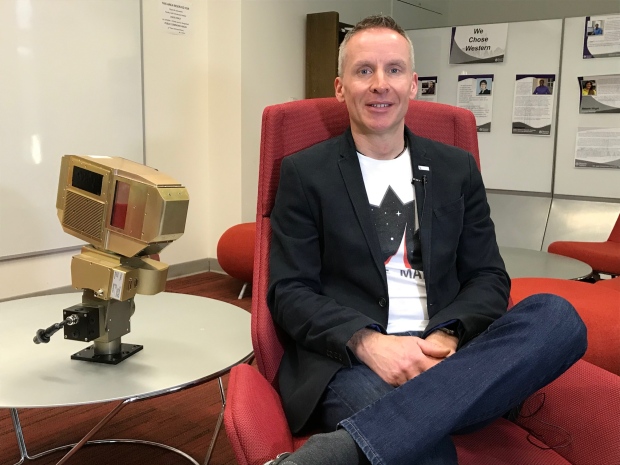 To ease the stress, Associate Director Jayshri Sabarinathan says the complex camera system could be developed in phases allowing portions of it to be ready for earlier moon missions.

When paired together the rovers will be able to map and image areas unseen by traditional cameras because they are never reached by sunlight.

The technology will also improve the guidance, control, and navigation of the rovers themselves.

Western Space is working with a private Canadian company, MDA Vision Systems and Sensors on the project.

With the ink on the contract barely dry (it was signed on Friday), Osinski and Sabarinathan are excited to get going on the project, and the science behind it.

However, they both admit being involved in a moon project is a dream come true.

“It’s pretty amazing to think that something we designed, and maybe eventually build here at Western, could eventually end up on the moon. It will be, literally, out of this world!” Osinski concludes.

The funding for the project will come from the Canadian Space Agency's $150-million Lunar Exploration Accelerator Program (LEAP).