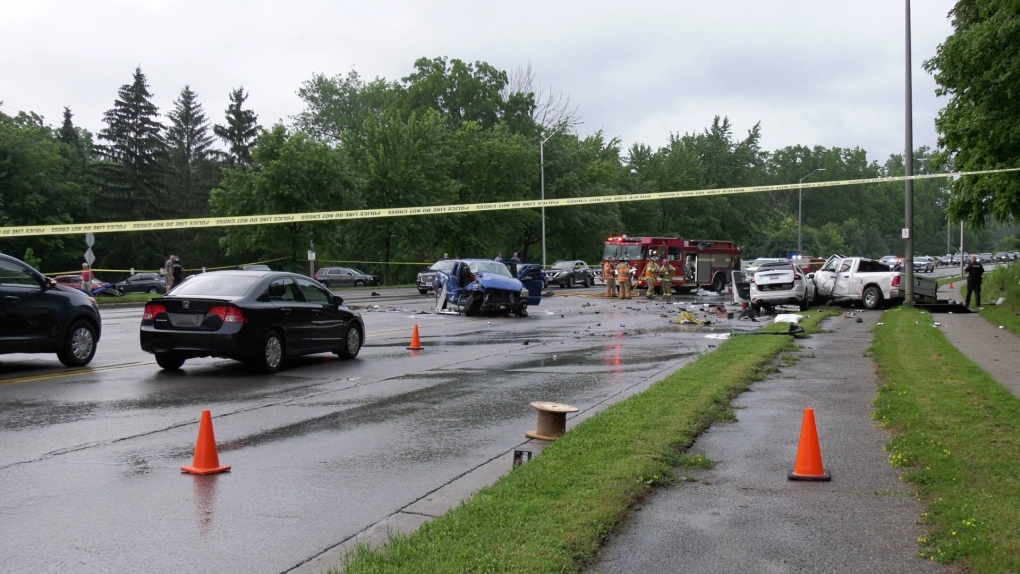 A West Lorne, Ont. man is facing several charges, including impaired driving causing death, in connection to a fatal crash on Wonderland Road earlier this month.

Emergency crews were called to Wonderland Road South and Springbank Drive in the evening of July 8 for a three-vehicle crash.

On Tuesday, police announced that Bevin Henning, 24, of West Lorne, has been charged with the following:

He will appear in a London court on Oct. 12.

As the federal party leaders make their final push to Canadian voters, new polling data suggests that the Liberals and the Conservatives are in a dead heat.

Human remains discovered in Teton County, Wyoming, on Sunday are 'consistent with the description of' missing 22-year-old Gabby Petito, FBI officials said in a news conference.

Around half of surveyed Canadians say they support employers mandating COVID-19 vaccine booster shots for their employees, a new poll finds, with Canadians 55 and older being the most in favour.

An Ontario woman says Air Canada allowed her 11-year-old son to board an international flight without supervision and fly home alone.

Election day 101: Questions and answers about the voting process

From finding the right voting location to bringing acceptable ID, CTVNews.ca breaks down what you need to know before casting your ballot.