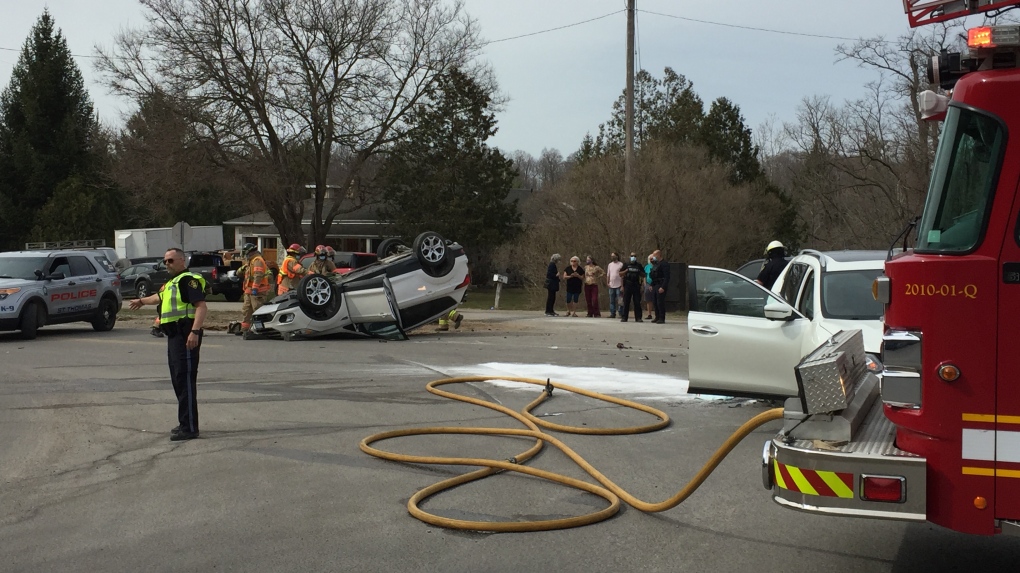 The crash happened on Oxford Street West at Woodhull Road just before 3 p.m.

London police say a westbound SUV was turning left onto Woodhull from Oxford when it was struck from behind by another SUV.

The crash left one vehicle on its roof and three people injured.

Fire, EMS, London police, OPP and St. Thomas police - who were in the area for training - all responded to the crash, which was on the western edge of London, on the edge of OPP jurisdiction.

Oxford was closed between Gideon and Woodhull, but has since reopened.